All of the tracks on the release are solid tracks with tempos ranging from 120 BPM to 125 BPM, and the remix is deeper than the usual output from Edit Select.

Edit Select is a UK techno artist who is well-known for his own record label sharing his artist name. Normally he makes hypnotic techno that’s been released on the likes of Soma, Figure, Affin and CLR.

His remix on this release has his usual stripped-back and hypnotic style with flowing percussion rhythms and modulating sounds, but the percussion is a little softer and there is more of a focus on the swelling pads that have a dystopian feel to them.

Each of the three originals is also an impressive production that has more of a house-focused groove with ethereal pad sounds, rolling basslines and intriguing vocal samples. “Drop of Oil” is percussive, “Syriana” is trippy and “Sunshine” is cinematic.

Overall, it’s a very well-rounded EP, you can buy a copy HERE 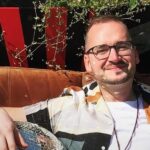 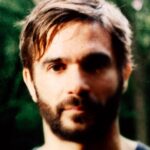