After three years of life as a recording artist, Argy is finally receiving the kind of credit he’s worked so hard to deserve and is now recognized as a consistent driving force in modern electronic dance music.

Hi Argy I hope you are well. Thank you for joining us today. Where are you now and how has your week been?

I have been in Mykonos, Athens, Naples and heading to Barcelona tomorrow. Traveling for the Music as always!

You moved to the UK from Greece in 2004. Did you make the move to pursue your musical ambitions? And do you spend much time back in Greece these days?

I moved to London when i was 18 to study Music Technology and position myself closer to the scene. I still go to Greece during summer for vacation or for work as the electronic music scene there is quite interesting for me.

You’ve had a recent release on the Martinez Brothers’ Cuttin’ Headz imprint and now your next release will be on Seth Troxler’s Play It Say It. With support of that calibre behind you, where do you think you can go from here?

You reach a point in your career when you are more active and your quality control can be affected because you are getting more and more requests for new music, so it’s really important to be extra careful and keep an eye on the quality and only release what’s really good and appropriate for the music climate at that moment. I am sitting on hundreds of records that are either not amazing or it’s not the right time for them to hit the market. I will keep releasing honest records, always a little edgy, take the DJ tour to the next level exploring new territories and continue to associate with people that I only feel really close to musically.

How do you get connected with these guys?

The Martinez Brothers have been close friends since our 2009 collaboration ‘Debbie Downer’, and Seth I knew from Berlin from back in the days too. They are all heavy into music, that’s for sure. And I don’t say that about many people.

For artists just starting out, do you think it’s necessary to have good PR and marketing?

Depends on every artist’s intentions. Not every beginner wants to go towards the same direction..and lets not forget that anti-marketing is also marketing. So the lines are quite blurry as to who applies marketing and who doesn’t. Perhaps we all do somehow, right?

Do you think the music really matters so much these days? For example you can just buy fame with ghost writers? People are ripping off classics and releasing them as their own? Is the scene losing its soul when it comes to honouring fakes? Or should we not be concerned about its integrity?

Music of course still matters but these days you can’t expect to just make music and everything else will take care of itself magically. I am sure that there were ghost-writers in literature thousands of years ago too! My advice to people is to feel more lighthearted about the scene and make sure it’s pleasurable when they interact with it and not get consumed by it. It’s supposed to be fun and for the sake of that I stopped being the hardliner I used to when i was younger and just laugh at the irony when I become aware of it.

In your opinion which artists are killing it in the scene right now?

These are your first releases since taking a short break last year. Was there a particular reason for slowing down your output in 2017 and what do you have planned now that you’ve returned to the scene?

2017 was full of surprises, I moved from Berlin to London, new place, new studio, new rhythm, touring at the same time as usual… There wasn’t enough time to produce dance records in the beginning of that year, but I made up for that last Autumn.

I also worked on a lot of soundtrack projects during that year which went quite well. I feel I know exactly where I want to go now and there are many upcoming records and projects I wish i could talk more about …

Do you have any upcoming gigs that you want to shout about?

My monthly residency at Moni Mykonos, one of the most special clubs in the Mediterranean, runs incredibly well for the second year! Also really looking forward to our Cuttin’ Headz/Tuskegee party at DC10 in August, as well as our party in Italy that month with The Martinez Brothers and Marco Carola at Pyrex.

Can you name me three tracks you have in your collection that never fail when playing a set?

You play events all around the world but even the best get nervous. Do you have any rituals before playing to calm yourself?

I don’t do unnecessary things physically, I try to preserve energy, not eat massive amounts and not consume much alcohol. I rarely get nervous but if it happens I look at the situation under a Macro perspective and that’s an instant remedy. What’s the worst thing that can happen? 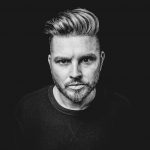 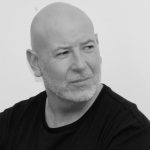