Ramon Tapia is a techno star who has been on labels such as Drumcode, Tronic and Suara in addition to his own imprint, Say What?

We understand that for many festivals, things are still hanging in the balance, but with governments around the world starting to announce relaxing of lockdown restrictions, there is definitely a sense of optimism in the air.

Some events are already announcing ticket sales for parties happening from July onwards. Other parts of the world, such as Ibiza, seem to be announcing outdoor events from as early as March.

With the above in mind, we asked a selection of artists to share their favourite festival memories, which could be anything from them performing to being at the festival just to camp, dance and have a good time.

Born and raised in Holland, Ramon Tapia has been a regular performer at European festivals. To help get us excited for the summer, he took the time to tell us about some of his favourite festival moments…

Ramon Tapia: “There are always good memories. For example, I recall a DJ Godfather performance that blew me away with his skills at a party in Brussels I literally stood there with my jaw on the floor while he was just killing it, he’s for sure one of my all-time favourites, of course, there are many good DJs, Adam Beyer is also still one of my favs but on festivals, there are so many good acts to go and check out…

In my mind also very good moments with my friends, and to be honest, the whole corona thing gave me the chance to at least see them more often (of course keeping the social distancing measures) but now I miss the crowds/fans all over the world so I guess it will be always something. On the other hand, of the most memorable experiences, I remember once I was playing in Barcelona some years back and my agent was like don’t stress out and don’t look behind you, so I looked of course!! haha but I didn’t see anything so I just kept on playing and when I wanted to turn around to get a drink Richie Hawtin and his entourage were dancing behind me. So that’s when the nerves kicked in …stressful but so fulfilling at the same time to see one of your heroes dancing to the music you play.

Other things that were just precious and hilarious at the same time when my friend was too lazy to go to the toilet which was quite far away, so he walked back and he thought he was peeing into a bush (but was so drunk) that he didn’t know he was peeing against his own tent so you can image that the whole group broke up in tears of laughter… I’d like to say I love playing on beaches but the set I did on Boracay, one of the islands of the Philippines, was just unforgettable. A white beach and a sunset at the end of the crowd is just priceless great host, great island, great people, amazing sunset it was just perfection packed in one night.

Last but not least, I remember while touring in Asia I was in the Hong Kong International Airport and one of my flights got cancelled and had to wait 5 hours so I thought, let’s get some food in the food court so I sat down and when I was eating all of a sudden I hear somebody say my name and I turn around and one of my childhood best friends that I didn’t see for 15 years or so sat there as he also missed his flight. So we sat there reminiscing about the old times, family and all that stuff and time flew by … it was lucky so time went by and just great to see an old friend who lived close to me in Holland on the other side of the planet! Can you believe it?” 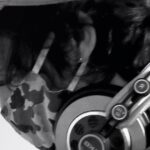 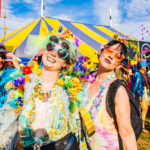