Konstantin Sibold has recently DJed with Solomun and released music on Afterlife Recordings.

Konstantin Sibold is a talented German artist who started his career as a resident at the legendary nightclub Rocker 33 in Stuttgart.

Playing regularly at the venue he has been privileged to warm up for some of the world’s best DJs ranging from DJ Koze to Levon Vincent. People started to notice his talents behind the decks and it wasn’t long before he was getting asked to headline other nightclubs.

Recently, Konstantin Sibold was invited to play alongside Solomun at his night in Ibiza and he has played other events at clubs ranging from Berlin’s Panorama Bar to Womb in Tokyo.

It wasn’t long before Konstantin Sibold started to produce his own tracks and he found quick success with releases on scene-leading record labels including Innervisions and Cocoon Recordings.

Hi Konstantin, it’s great to be talking with you today. What part of the world are you currently living in, and what’s your opinion on the local music scene?

“Hi all, thanks for inviting me! Right now, I live in the south of Germany in Stuttgart, which is close to where I grew up. With all the traveling it’s really calming for me to be close to my family and childhood friends. The local scene is quite versatile I‘d say, it depends in which clubs you go and you get a different sound. There are many good people investing a lot of their time into the nightlife of the city and even after touring internationally now for nearly ten years, it’s always special to me to play an extended set in my hometown.”

You recently played alongside Solomun in Ibiza, I’d love to know more about that came to fruition, and hear how the night went?

“Yes, that was a really great night and day after! I was happy that Mladen invited me for the third time to his residency in Pacha and after 2 years of Covid, playing at the Opening party of Solomun +1 was quite an honour. He‘s a really humble guy and amazing DJ, so also the 14h b2b at the afterparty felt like no time, I truly enjoyed it! In the end, he is the king of afterparties and of course Ibiza afterparties are something else.”

I understand that you recently dropped a track on Tale Of Us’ Afterlife, I’d love to know more about this, as seems like it’s been getting lots of DJ support?

“Since all the proceeds from the release go to charity and Afterlife is a great label, I was happy to contribute my track Shake This World to the compilation. I‘m really thankful for all the good feedback I received from other DJs and fans so far. It was great to see Tale Of Us playing it as their second last track in their debut set on the Tomorrowland Mainstage and also Tomorrowland itself using it as a soundtrack for their round-up. It‘s still nice to see that all the effort in the studio pays off on the dance floor in the end ;)”

I’m told you have some interesting hobbies outside of music. Is it true that you have a love of farm animals, as I’d love to know more about this, do you keep them as pets?

“That’s indeed true yes. I think generally it’s a weird concept to categorize into pets and farm animals because for me personally there is no big difference between a sheep and a dog. Most people just don’t have a lot / any contact to farm animals, and I guess that’s why one sympathizes more with the species which you see and pet more often. Sadly, I don’t have enough time to take care of animals on my own but my family in law has sheep and whenever I see goats or cows or pigs etc somewhere, I feel the need to cuddle them.”

Is it true that you are also passionate about environmental protection, as I know that a lot of DJs worry about their carbon footprint due to all the international flights… do have any tips for people looking to offset their emissions?

“Hiking in nature or just laying lazy on an untouched beach is a really calming thing for me and it makes me sad to see so much beauty destroyed by man-made global warming or trash thrown away without thinking about the impact, not even mentioning what it means to millions of people who already feel the catastrophic consequences of the climate change in their daily life. Of course, trying to compensate the emissions of all the flights is a good possibility because in the end, in order to come from A to B, there is often no other way of transportation. I always travel in Economy class when flying and try to take the train whenever possible. I don’t see myself in the position to give any advice to people regarding emissions since my job forces me to still have quite a big carbon footprint in the end, but I think eating as much plant-based, seasonal, and regional as possible in the daily life can also contribute a piece to lower the damage done in nature.”

On the subject of gigs, what do you have forthcoming, as it seems like you have been keeping pretty busy of late?

“This year was so far full of highlights like both editions of Tomorrowland and Awakenings and of course Solomun +1 so I guess the next highlight will probably be my first US-tour. Over the years I got so many requests from the US but was always too lazy to do the visa and too busy touring the rest of the world. I‘m also looking forward to playing in Vietnam and India again, since these are such beautiful countries. Regarding tracks which never leave my record bag: These are not rarely existing for me at the moment, since I‘m so busy with renewing my sets constantly mostly with new unreleased stuff. There‘s so much good stuff being sent to me all the time that I rarely feel the urge to pick old tracks. When I do play certain tracks for a longer time it means they create a special momentum on the dance floor other new stuff cannot achieve.”

Talking of release, I understand that your most recent release is a remix of ‘Home’ by Adriatique, and I’d love to know more about that?

“Actually, the release of my Adriatique Remix was earlier than the release of the Afterlife complication, but it was still quite recent. Adrian just asked me if I’m up for it and told me Mind Against will do the other remix. I have a lot of respect for what Adriatique and Mind Against are doing, we all know each other since a long time and often have been playing together on the same line ups and Adriatique’s track Home was a huge hit, so I was happy when Adrian asked me to do a Remix of it. Before that, we once played an eight-hour B2B at the Adam Tower in Amsterdam for Audio Obscura so we had the chance to get to know each other on a different personal level, which is always a nice thing to do before working together and of course besides that it was super fun to play together.”

What’s coming next in your release schedule, anything you are exciited about?

“During Covid, I built my new home studio and now that it’s almost finished, I will work on a new EP of mine. My last original track before Shake This World was Mutter in 2016 on Running Back, so I‘m excited to finally release something on my own again. Since I‘m known for not sticking to specific genres I‘ll see where the production process will take me this time ;)”

Thanks for taking the time to talk with me, is there a message for fans or anything else you would like to add before we finish?

Thanks for taking the time to talk to me! I think after Covid we are all thankful and happy that clubbing and festivals and dancing together is possible again. Regarding this it makes me sad to hear of more and more cases of needle spiking in the nightlife context. Nightlife should be a safe space for everyone involved and it’s shocking to think about the personal suffering and collective damage crimes like this cause. So take care of each other and stay safe and let‘s treat each other with love and respect. Hope to see you on the dancefloor soon 🙂

You can buy Konstantin Sibold’s remix of Adriatique’s ‘Home’ from HERE, and Shake The World on Afterlife HERE 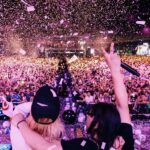 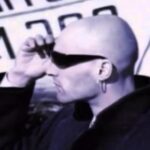