YENI on her Cyborgs In Love imprint:

“The connection between humanity and technology became so important that we became cyborgs. We use machines to communicate, express our feelings, make music… the outputs that you see and hear our digital representations of our real emotions and love”

YENI takes up the reigns for the labels second release, with three amazing originals and two remixes from the very much in demand Andres Campo and Wigbert.

Opening up the release is title track, ‘Hang On’. A peak­time jam that will suit larger spaces and offer a trippy insight into the mind of a producer whose impeccable techno sound has already found favour with some of the genre’s foremost acts. Supporters of this EP already in include Adam Beyer, Monika Kruse, Adriatique, Noir, Charlotte De Witte, Karotte…

We premiere YENI’s unrelenting big room shaker ‘Axon’ characterised by its futuristic synths and a thunderous baseline. YENI’s Axon is the sound of a techno producer who’s destined for big things and one that’s breathing fresh life in to the techno scene.

Elrow man Andres Campo then turns in a fine remix, that’s notable for its clever drum work especially. A real tension builder, it’s the sort of battle weapon that’s best handled with care but will go down a storm when dropped at the right time.

The EP then culminates with ‘Holy Moly’, an intriguing track with echoes of Marc Houle era Minus. It’s a playful addition to the package and it closes matters amongst a cacophony of beguiling 8 bit sounds.

Cyborgs In Love’s second release is top notch stuff, from a label we’re very excited about and a producer we can’t wait to hear more from in 2018. Add YENI to your watch list. 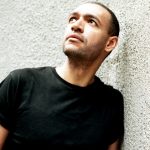 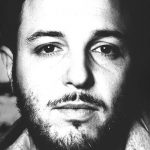