It’s been revealed that Grammy-winning electro duo ‘Justice’ are not happy with the artwork revealed for the new album by Justin Bieber, as they believe it plagiarised their logo.

According to Spin, apparently Justin Bieber’s team “contacted the electronic duo’s management asking about a logo in 2020, but the conversation went nowhere”.

Last week, the title for the new Justin Bieber album was announced, but it’s the artwork design that has caused controversy.

Justin Bieber is apparently an outspoken Christian, and nodding his head toward his chosen faith, has chosen to display the “t” in the word “justice” as a biblical cross.

The problem with this is that electro band Justice has been doing the same thing with their logo since 2003, as this has sparked speculation about copyright infringement.

Giving a statement to Spin, Justice’s management said: “Bieber’s team emailed us in May of 2020, asking to be looped in with Justice’s graphic designer to discuss a logo. We tried to set up a call between Bieber’s team and our designer, but the call was never completed and the conversation ended there. No one ever mentioned an album called Justice or a logo that says, Justice. The first time we saw anything about it was the announcement.”

While Justice themselves have made no official comment, Ed Banger who released music of their electro duo’s music made fun of the album art on Instagram, with the sarcastic reposting of Bieber’s “original sketch” with a tongue-in-cheek note saying “Ed Banger records appoints Mr Justin Drew Bieber as Art Director.”

Bieber’s team have made no public comment on the artwork similarity, but in an Instagram post announcing the album Bieber wrote: “In a time when there’s so much wrong with this broken planet, we all crave healing and justice for humanity,” then continued “In creating this album, my goal is to make music that will provide comfort, to make songs that people can relate to and connect to so they feel less alone.” 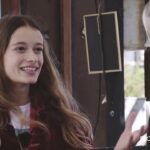 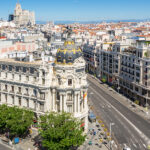