The trailer is out now, and the full film will be available on the 18th of March via YouTube

Simon Dunmore is the owner of Defected Records and also the founder of the fabulous Glitterbox events.

Combining his two brands, Simon Dunmore has revealed the trailer for the forthcoming documentary about the club sensation that is Glitterbox.

The full-length film will be available on YouTube from the 18th of March, but we can already get a snap shot of what to expect from the captivating trailer.

Titled Where Love Lives, the film promises to be a spectacular extravagance that represents the community built around the Glitterbox parties.

Dance music is known for its ability to galvanise people via a shared love of dancing, and the film wants to capture this.

It seems safe to assume that the soundtrack will come mainly from the Defected records catalogue, but we wouldn’t be surprised to hear some older classics in there too.

Glitterbox is particularly popular with the LGBTQ community, but welcomes everyone to its dancefloors, and the film aims to showcase its acceptance and inclusiveness to all, no matter their identity.

Where Love Lives also includes exclusive interviews with the likes of Billy Porter, Honey Dijon, Kathy Sledge, and many others.

Directed by Brilliams, it was reportedly filmed over six months in Glitterbox’s New York, Ibiza, Paris and London locations.

Discussing the film, Brilliams has stated, “Everyone has their own journey to the dancefloor and their own voyage of self-expression to navigate. Through the stories of the kaleidoscopic family of performers that give Glitterbox its heart and soul, we set out to show why those journeys are so incredibly important.” 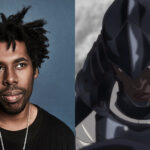 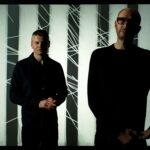