The Japanese engineer created many popular drum machines, including the iconic TR-808.  Its sound is a staple of hip-hop and electronic music, used by everyone from Kanye West to Jeff Mills.

Kakehashi received a technical Grammy in 2013 for contributions to electronic music technology. Before leading Roland for 40 years, Mr Kakehashi founded Ace Tone in the 1960s.

The firm made amplifiers and primitive drum machines, laying the groundwork for the engineer’s future success.  The sound of the TR-808 proved a game-changer in the 1980s and 90s.  It appeared on Marvin Gaye’s “Sexual Healing”, and in the opening bars of Whitney Houston’s “I Wanna Dance with Somebody”.  Rapper Kanye West’s 2008 album 808s & Heartbreak showcases the machine throughout.

In 2015 the TR-808 was the subject of a documentary featuring Pharrell Williams, Fatboy Slim, and Richie Hawtin – among many others.

In a farewell to Mr Kakehashi, his colleague for almost four decades, Roland developer Tommy Snyder wrote: “He was a super funny, wonderful and gifted human being, and his contributions to the musical instrument world, and music, touched millions of people worldwide. RIP dear Taro.”

Rest In Peace Mr. Roland. Thank you for making our art possible ?? #ikutarokakehashi

RIP Ikutaro Kakehashi. like many others, am in his debt. the thing that started me in electronic music was a roland alpha juno 2 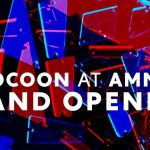 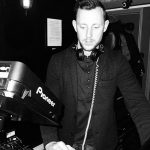