‘Desiderati 4.8’ features stomping techno tracks from 1605 favourite Beico, plus a cut from UMEK himself.

The release also features label debuts from AKKI (DE) and NoNameLeft, who both join the imprint following releases on other imprints such as Legend, Codex and SubVision.

UMEK’s track is a collaboration with Elakto who’s previously featured on The YellowHeads’ Reload among others. Their track ‘Universe’ is everything you could expect from UMEK, as it’s got high-speed rhythms and a boisterous lead sound that’s infused with vigorous energy.

NoNameLeft’s ‘Price To Pay’ is second on the release, and it’s a dark and moody track with an eerie atmosphere and creepy vocals that create a tense atmosphere. Its dramatic bass stabs add to the rumbling of the sub-bass and peak time aggression of the groove.

Beico is a regular feature of the Desiderati 4 series and he makes a triumphant return with the ceremonial chants and spine-tingling melodies of ‘Irradiant’. Its compelling vibe is a trademark to the sound that Beico has released on other record labels like Terminal M.

AKKI (DE)’s ‘Move Your Body’ closes out the release with a whopping euphoric lead synth and a distinctive vocal, but it’s the grinding bassline that fills the track with an electric pulse and powers its forward momentum. 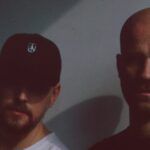 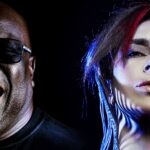