Rebel Boy & Sam WOLFE are a pair of American artists who have been taking the world of techno by storm. Working as both collaborators and solo talents, they are both relatively new to the scene, but have already racked up an impressive back catalogue.

Sam WOLFE is from Atlanta and has showcased his sound on labels ranging from Sasha Carassi’s Phobiq to Christian Smith’s Tronic. Rebel Boy is Los Angeles-based and boasts tracks on Frankyeffe’s Riot and Spektre’s Respekt Recordings.

Although the guys both also work as solo artists, they have previously collaborated on released for Oliver Huntemann’s Senso Sounds where they also teamed up with The YellowHeads. Their joint track “Black Veins” came out on a 1605 various artist EP called Desiderati 4.6, and now they are back on UMEK’s label with a two-track release all of their own.

Titled the “Psalm 39 EP” it opens with the title track combining a mixture of dramatic percussion and slamming synth hits that form the lead melody. Adding some hints of euphoria, it masterfully ramps up the kind of tension that would work a dance floor into a frenzy.

“Dismantle The System” is the second track and it’s another one that matches up nicely with UMEK’s own style, and what people have come to expect from 1605. Driven by a monstrous kick drum and underpinned by a rumbling bass, the grinding textures and bursts of melody lead to an epic breakdown.

Both tracks have the breakdown as their defining moments, and each successfully drop the percussion back in with devastating results that would shake a club to its very foundation.

It’s out now, and you can buy a copy from HERE 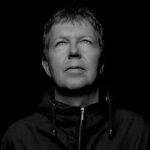 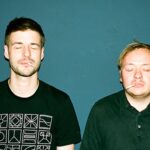