We last caught up with Slovenian techno god Umek in 2014; a man so popular in his country, he’d even had the president of Slovenia canvasing for him to win the DJ Mag Top 100 vote. Insane stuff! We find discuss his move back in to techno!

C-U: Hi Umek, great to speak to you again! We hear you’ve gone back to techno now?

Techno has surged in popularity and although you took a detour, you’ve been around in the pure end of spectrum of techno for a very long time. We received a promo from Sander Van Doorn announcing he was releasing techno the other day! Do you think now the EDM bubble has burst, commercial artists are trying to cash in?

Umek: funny that you’ve mentioned that – I’ve just bought Sander’s last release, and I also like the last two releases on his label. This is techno, although they lean a bit more to the commercial side, but I like them. Though it’s fair to point out that although you know Sander as a big room, melodic DJ, he has a really good taste for techno. He always tried to incorporate a couple of techno gems in his sets in the past, so I’m not surprised his recent releases turned out so good.

C-U: Do you think that too many people producing and playing techno will hurt the scene?

Umek: this is a never-ending debate. You have purists in the scene, who will focus on what they are doing and try to stay away from the buzz, and there are those who are more open minded to different sound, blending of genres and are not so sensitive about who’s doing what and why. If more people will produce and consequently listen to techno, this will only help techno as a genre and artists from this scene to grow and get even more opportunities to present their talents to a wider audience. I don’t see how that would hurt the scene.

C-U: we never asked you this last time but who would you say your biggest influences are in music and why? Is there anyone you’re still following to this day?

Umek: in terms of artists there are few who really influenced me, each in their own way. Todd Terry produced Royal House’s ‘Can You Party’ and this was the record that got me into house and electronic dance music.

Westbam was the leader of German techno movement in the early 90’s and I decided to focus only on techno because of Surgeon and the rest of the Birmingham crew.

As a deejay I found a lot of inspiration watching Jeff Mills doing his mixing, Carl Cox was the #1 master of building energy on the dance floor. It was really amazing watching these guys mixing records on three decks at the same time. Claude Young was also an inspiration.

Music was the main thing, but I’ve adored deejays that were not afraid to fiddle with knobs and switches. I’ve learned then that every piece of equipment you are using is there to be exploited to the limits. Nowadays I can’t say there’s anybody that influences me really, I have no idea what most of the guys I’ve mentioned are doing now, the only one I’m in touch with is obviously Carl as I play for him from time to time at his Ibiza residencies and stages he’s headlining at the world’s greatest festivals.

I’m much more focused on new, fresh, emerging artists who break through with something that stands out.

C-U: we’re loving ‘Shadow Tactics’, definitely one of the toughest Techno tracks we’ve heard in a while! How did you link up with FORM Music and POPOF and why did you choose to release on this label?

Umek: To put it a bit corny: I’ve got an offer I could not refuse 🙂  I’ve been friends with POPOF and his label manager for years, I like what they’re doing and it’s not the first time our creative paths have crossed. When they proposed a release with POPOF and Mar-T remix I was up for it immediately and this release proves me right. In the last year and a half I’ve focused on releasing my music almost exclusively through my own label 1605 as I’ve neglected it a bit in the past couple of years when I was releasing a lot of stuff on other labels, so this project also stands out a bit as I’m presenting my new track on label that is not my own. I always like to connect with people who share my vision of music and scene and I also like how this track turned out: it’s dark, it’s tough, pure techno.

C-U: talk to us about 1605. Adam Beyer’s Drumcode seems to have gone global. Do you have any plans to replicate the formula Adam has created with Drumcode with 1605.

Umek: I like to think 1605 is also a global brand, well recognized in the scene, with its dedicated followers among deejays and music lovers, though it’s true we’re not all as successful as Adam. 🙂 I like what he’s doing and everybody who’s running a decent techno label is a bit envious. 1605 is not on its peak right now as we’ve changed the sound a bit in the last period, but in the past we’ve been know to do mayhem in charts with our releases, and what’s most important we’ve often hit top spots on them with tracks produced by then fresh artists that used 1605 releases as a springboard for making their names in the scene and are now already well respected artists.

Umek: I don’t even see this as true lessons or tutorials, but when I think some trick I’m using could come handy to other producers, I share my knowledge. I’ve recently got Native Instrument’s Maschine JAM, which is a great tool for producers that were not classically trained – like me. So I shared a couple of ideas about how I use it.

C-U: who would you rate as the best up and coming producers right now?

Umek: I really like French producer Jusaï right now. I buy and play almost everything he releases.

C-U: are you still picking up Ricochet Effect? Or are there any other tracks you’ve done that you’re more fond of these days?

Umek: I don’t play it in my sets, if you meant that but yes I still to listen to Ricochet Effect from time to time privately. It still works and I still feel this is one of the best productions I’ve made in my career. In my sets I focus more on my latest and upcoming releases. Shadow Tactics is one of my tracks I’m playing a lot right now as it fits perfect in my sets.

C-U: what other stuff do you have coming up that you’re looking forward to?

Umek: I co-founded a music startup Viberate a while ago together with my management and this is something totally new for me. The startup scene is much like music – pitching to investors as an unknown Eastern European early stage company is much like pitching a major label as an unknown producer: no one will reply 🙂

We’re really doing something great for the music industry. Viberate (the name comes from rating the vibe) is a kind of IMDB for live musicians. Our goal is to list and map all world’s musicians and venues on one place, rank them according to their online popularity and then offer them tools they need to improve their day to day work, get more gigs and do better shows. We’re aiming high and we won’t settle for anything but completely disrupting the live music business. My name helps a lot and opens a lot of doors, so we already have some prominent users, including Sony, Warner, Insomniac, Paradigm and William Morris.

C-U: Would you ever consider treating fans to a vinyl only 4 deck set like the old days?

Umek: no, not really. I’m not sure I could even do that right now without taking time to improve my skills as I haven’t done that for at least eight or nine years now. I do play two deck sets for a special occasion from time to time and I’m still as good as most of A-list DJs. I could do it on three, but that’s already a bit tougher as my setup and the way I play music now has totally changed.

C-U: what do you see for the future of dance music?

Umek: trends will change, the cycles of particular genres growing and shrinking will continue, there will be even more fusion between electronic genres and between electronica and other kinds of music. Things will continue to be exciting as long as producers of software and hardware will develop new tools for us to play with. 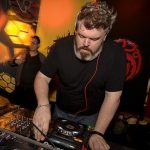 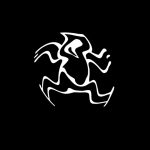