UMEK is a godfather of the European techno scene, and next month he is coming to play live in Australia.

UMEK will headline the Shelter Festival in Melbourne along with the German duo Teenage Mutants.

With over three decades of releases in his back catalogue, and a DJ career that’s taken him all over the world, UMEK has a massive global fanbase. This is backed up by him being one of the top-selling artists on Beatport, which is a leading download store for electronic music.

Most recently, UMEK was back on his own label 1605 with another whopping two track techno stomper that we hope gets unleashed at his Australian gig at Shelter Festival.

Titled ‘Dark Market’ the EP’s title track is UMEK’s trademark sound with driving energy and a dark atmosphere with a powerful synth line that hits its peak in the epic breakdown.

The second track “Dream Logic” has a subtle tech house influence within its rolling bassline and jackin’ percussion rhythms, but it’s undeniably techno due to its thundering kick drum and explosive energy.

Teenage Mutants have also been a previous feature of UMEK’s 1605 record label. It’s a shame that Mha Iri isn’t also playing, as she is well-known on the Australian techno scene, and has recently been releasing lots of new music via UMEK’s record label.

There is support from a selection of local Melbourne artists including The Journey and Rory Marshall amongst others.

You can hear UMEK’s new release below, and find tickets for his gig at Shelter Festival HERE 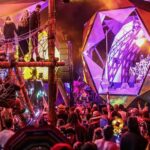 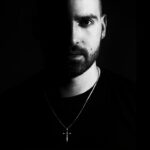