POPOF and Space 92 will be debuting their new back-to-back project, Turbulences.

After the festival ends on Saturday, Ultra’s award-winning techno and house music concept RESISTANCE will once again take over Womb Tokyo for another impressive edition of RESISTANCE Tokyo. The world-class, four-floor nightclub will host the world debut of ‘POPOF B2B Space 92 present: Turbulences,’ who will be co-headlining with Beatport chart-topping regular Julian Jeweil.

The widely-recognized French techno acts have performed together a handful of times, but RESISTANCE Tokyo will mark the inaugural performance of their new collaborative project, Turbulences. The pair’s recent collaboration “Control” with UMEK ranked #1 track on Beatport’s Techno Chart, and has received millions of streams across platforms. Transporting the sounds of the French underground to Tokyo’s elite nightclub, this back-to-back performance will offer attendees a once-in-a-lifetime experience and cement history as they pivot into their newly-minted joint effort.

You can find RESISTANCE Tokyo tickets and more info HERE 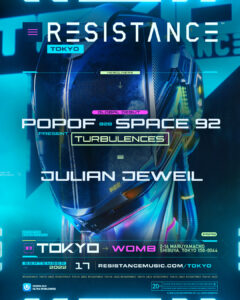 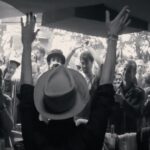 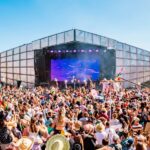