Torrfisk has already proved himself with a track featured on Claude VonStroke’s Dirtybird and continues to ride high with his latest release on Apollo Music Group.

Apollo Music Group is owned by a trio of people including Dan X, DJ Heather and Lil’ Mark, and it’s a label that focuses in on a club focused style of house.

Chunky and funky, the new release by Torrfisk is called “A 2 The K” and it comes in a hefty package also including remixes by Paul Johnson and Hector Moralez.

Paul Johnson is widely considered to be the person to have put the “soul” in the classic Chicago house sound that he helped pioneer in the ‘80s, and continues to push in modern times.

Hector Moralez is also highly accomplished with his Latin style of house being signed to the likes of Robsoul and Circus Recordings.

All about the bassline, the original version also uses a hip-hop style vocal to maximise its party starting energy, and the remixes add their own flavour to the releases taste sensation. Paul Johnson goes a little deeper with snare drums and a variety of sound effects that add a certain edge of your seat excitement.

Potentially saving the best till last Hector Moralez closes off the release with his version that strips back the vocal to textured phrases, and adds a shuffle to the percussion to give the groove some extra “jack”.

You can buy the release now from HERE 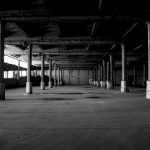 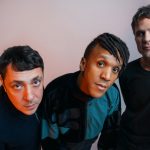