Hi Tomy, you’ve got a new sample pack out on Beatport at the moment. Can you explain if there was a concept behind this one?

Tomy DeClerque: Yes, it was to create a pack with quality and diverse sounds… techno has a very large spectrum so I wanted to cover as much as possible with different sound timbers.

Did you go in to the studio with a sound design in mind?

Tomy DeClerque: Not really. I played with the gear until I got something I liked and than build the rest around that. I even tried to use different equipment in different ways with each new idea. This way I could experiment with all the gear and even found some different ways to use it in the future. I aslo started to build my Eurorack modular system, so it was great opportunity to experiment with the modules to see where they could get me.

How long did it take you to produce everything?

Tomy DeClerque: Around a month but I was also working on some other things while I was doing the material for the sample pack. I even created some ideas and saved them for my future releases… so guess I need to check if they are really good or if it was just hype of the moment.

How did you know everything was ready?

Tomy DeClerque: I used a procedure that I do regularly music productions. When I think I’m done, I leave everything and don’t listen to it for a week. Then when you open the track, or in this case the sample pack, when you listen to everything with fresh ears and most importantly, a fresh mind, you instantly hear if something is wrong. The incorrect sounds just jump out against the rest. So when you correct those things, then you are done. Also the funny part is with giving your ears a rest is you can get a big surprise and sometimes think “Wow! Did I do this !?” 🙂

Do you build a track with all the samples and break it down from there?

Tomy DeClerque: For some parts of the pack yes, however some were created individually and put together later on. I never want to dictate the work by any rules or decide I must do it this way. There is no right or wrong. I start to work on the idea or a sound and go wherever the feeling is taking me.  Sometimes even after being in a studio for few hours and working on beats, melodies, sounds… nothing is recorded or saved.  If it doesn’t feel right then it probably isn’t good 🙂 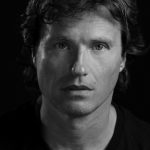 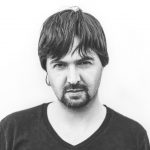