TikTok is a video sharing app owned by ByteDance.

ByteDance are planning to start a music streaming service that will be exclusively available in China. 36Kr is a Chinese news outlet, and they have reported the new music streaming platform has provisionally been named “Felio” and is expected to launch later this year.

Apparently, “multiple independent sources” have said that the Feilo project is being led by Alex Zhu who is Vice President of Product and Strategy at ByteDance, and worked on the music streaming app in 2019.

In June 2021 it was reported that ByteDance was valued at around $425 billion. Those same reports also site that in July there was new regulation detailing an exclusivity ban that meant ByteDance owned Tencent Music Entertainment, and was forced to cut any exclusive deals with record labels in China.

This is believed to be what caused the tech giant to launch their music streaming service, as they are now looking to negotiate licensing deals with record labels around China.

The development of Felio comes only a year after ByteDance launched Resso in India, which was positioned to rival Spotify in that part of the world.

Tencent Music Entertainment was fined earlier in 2021 for not complying with China’s new exclusivity laws, after an investigation started in 2019 found it had some illegal agreements with other companies.

ByteDance’s Tencent Music Entertainment was given a 30-day deadline to end the agreements, and a spokesperson said they would give up the exclusivity rights “except for the case where the exclusive cooperation period with independent musicians does not exceed three years.”

Also adding, they would not give up rights if “the exclusive release period of new songs does not exceed 30 days”. 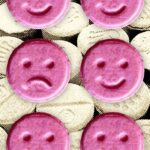 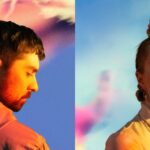