Thomas Schumacher is a legend in the techno scene and needs no introduction whatsoever to many. I first discovered his music back in the 90s at legendary UK techno club ‘The Orbit’, which each week showcased many of the world’s now leading techno artists. Names like Adam Beyer, Marco Carola, Sven Vath, Jeff Mills, Luke Slater and Dave Clarke…

Hi Thomas, it’s great of you to join us. Let’s talk a little bit about your past. Who were your influences and what made you get in to dance music?

It was in 88 during the summer of love. I started buying acid house and techno on warp and +8. Every release was just so huge and influential. I was going to record stores and everything was so new. It was a music revolution. The way the music was produced and the parties were setup blew my mind. It was enough to get you hooked ☺

‘When I Rock’ was an anthem at The Orbit, a legendary techno club England back in the day. What were your memories of the club and how did it compare to the other clubs in Europe?

I always credit “When I Rock” to Carl Cox because when it was released nobody wanted to play it until he played it. The Orbit started very early and I didn’t know what to think. I remember playing there at 10 or 11 and it was absolute mayhem. Everybody was partying like it was the last day on earth. I’d never experienced anything like it, so I was excited to start playing. The vibe was super intense. People were more reserved in Germany it was wild, over the top and I think crazy (in a good way) in comparison. I remember having the feeling anything goes here. It was almost as if the club was owned by the people dancing there. No wonder so many DJ wanted to play at The Orbit.

Which tracks from the past brought you the most success?

“Schall” under the project Elektrochemie LK – back in 1996. It was licensed to Warner in Germany who started sending it to the bigger club DJs. It completely exploded and became a top 10 hit in Germany. It was really amazing what happened. I was invited to the German version of Top Of The Pops but I refused and sent somebody else. For me the track is timeless. I played in Fusion festival in Germany last year and 20,000 people were going nuts.

You reformed the “Elektrochemie” project again but this time with Stephan Bodzin and singer Caitlin and made 5 releases on Get Physical. Any plans to revisit this project or do any touring?

We all had so much fun and I’m super happy with those times. ‘Pleasure Seeker’ is an anthem at Berghain and they usually play it on Monday mornings haha. We all decided to focus on our own career and are happy with the memories we had, so there are no plans to reform.

You’ve got a release out at the moment on Noir’s label – which we featured the tune in our #essentialtechno roundup. Noir is known for really caring about the music on his label. What’s it like working with him and how long did it take you to perfect the EP?

I’ve known Noir for quite some time and really appreciate him as a DJ and producer. He’s super professional. I was sending him a track and and he gave me some feedback, so I made a change to the drop and he signed it straight away. He’s really focused on achieving best possibilities and can be very decisive if he likes something. I made another track for the EP so we got the release turned around within 6 weeks, which I’m very happy with, because I like my music to be released as soon as possible whilst it’s fresh. I would definitely say he’s one of the best guys I’ve worked with.

Where is your studio based and are you a gear nut?

I found a basement apartment about 10 minutes away from home, that’s got great acoustics and nobody complains about the noise. I use Logic Pro X and try not to be too much into the technical side because I’m more about the creative side. I see plugins and instruments as tools. I bought a Moog Sub 37 a while ago and I love it but I don’t use the synth on every track. I realised the importance of keeping things simple when I’d been shown how simply some of the tracks I loved had been made. It’s about the ideas at the end of the day.

You formed your own imprint Electric Ballroom. What’s the idea behind the label and what type of artist and sound are you looking to showcase?

It’s for my music but the door is always open for other artists. We’re not releasing that often so and I’m not in a rush to release music on it. Of course, I’ll do tracks for selected labels every now and like recently Noir and plus a remix I did a remix for my friend D-Nox’s label Sprout.

Victor Ruiz is good friend of mine and super talented, so we’ve done a body of work together over the last couple of months. We recorded 6 or 7 tracks in total, some together in Berlin and some whilst I was in Sao Paulo. A couple will be out soon. Plus there will also be a solo EP for me, so there’s two EPs to look forward to throughout the summer.

I’m trying to balance my time between touring and spending time with the family these days. I avoid being away for longer than 2 weeks. So for example, when I play South America I try to pack it up with gigs and only tour there once or twice a year. I’m quite choosy with gigs these days and only accept ones I think will be fun.

You’re making a mix for us – how are performing these days?

My mix style is kind of old school, I am always looking for those tracks with great drama and arrangements, tracks that tell as story. Instead of remixing tracks live, I prefer to change the arrangement in the studio, if I feel the track needs tweaking.

In your opinion what is the best ever techno record made and why?

Dave Clarke – Red 2. This was the track that inspired me to get signed on Bush Records. It was a very happy day when I did. 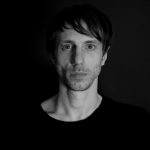 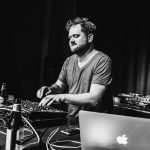