Matteo Milleri is one half of Tale Of Us who are a duo that in the last few years have dominated the world of melodic house and techno.

Tale Of Us also run the highly influential Afterlife label which has become one of electronic music’s most prestigious imprints.

Recently it’s been announced that Matteo Milleri is launching a solo project using the alias Anyma, and he will be releasing a debut album and three EPs on his own Afterlife.

Anyma is going to be a project focused towards live music performance rather than DJ sets, and according to the official press text is described as a “self-generated consciousness… blurring the lines between physical and digital worlds through state-of-the-art technology, music production and design.”

Each of the releases will have music videos and be accompanied by NTF digital-art pieces so super fans will have their chance to bid for something exclusive.

Giving a statement on the project, Matteo Milleri said: “Anyma is my creative self-expression, blending music, art and immersive realities to explore the next phase in the realm of consciousness.” He continued, “Physical and digital creations merge to become a singular enlightening field of experience: Genesys.”

It appears that this is going to be a side project that will run alongside his work as Tale Of Us, so fans can breathe a sigh of relief if they were worried news of his solo project meant the duo was splitting up.

you can pre-order the first Anyma release now from HERE 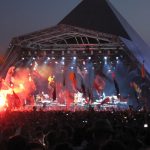 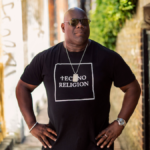