Switzerland’s Caprices Festival returns to the ski resort of Crans-Montana in 2021 after having to cancel its event last year due to the COVID-19 pandemic.

This year’s event was originally planned for April but has been pushed back to run over two weekends in September.

The event is perfect for those who wish to spend a few days combining nature and dancing to electronic music.

Each of the festival weekends is a self-contained event meaning there is not one, but two chances to attend this year’s Caprices Festival.

The first weekend is from 17th to 19th and the second between the 24th and 26th September respectively, but there are different DJs scheduled for the separate weekends, so some may decide to stay for both.

The event will once again feature its famous Modernity Stage that is a greenhouse-style structure with a transparent ceiling, which gives attendees a fabulous view of the Swiss Alps at an altitude of 2200 metres.

There will also be a forest stage that would have originally been premiered in 2020. It’s an old intermediate station for a cable car line, which is a circular structure that offers a 360-degree view towards the forest and the mountain.

Other brands and promoters linked to the event include Epizode, UNUM, Sunrise Events and Picnic London.

You can find the full line-up and more HERE 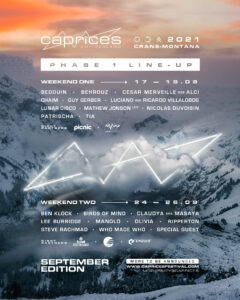 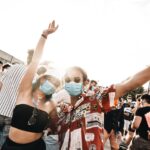 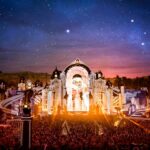