Super Flu are back on their label Monoberry with a two-track release titled the ‘Gargamel EP.

The German duo are known for their distinctive blend of dramatic and quirky synth lines that they blend with vibrant percussion. Techy and melodic, their sound is a unique blend of styles where each of their tracks has its own distinctive personality.

This latest offering from the duo is no exception, as both tracks are stand-out productions that fuse familiar trademark elements to genres such as melodic house/techno, but mix in sounds or rhythms that would usually be more associated with other genres.

Having developed such an innovative and distinctive style, Super Flu has built a career where they have pushed boundaries and experimented with trailblazing new ideas.

In addition to releasing on Monoberry they have also featured on Crosstown Rebels, Moon Harbour and Bedrock, they also recently did a remix for Flow Music’s record label…

Their latest EP opens with the title track “Gargamel” which has metallic percussion and a rubbery bassline layered with some dramatic stabs as it progresses towards the suspense of the main breakdown. The bassline’s melody takes hold and the track takes flight as the second breakdown reaches a crescendo before the main drop. Also, for those who recognise the name Gargamel but aren’t sure why… it’s the name of the evil character from the Smurfs. That name is rather fitting, as the track is light-hearted but has some darker undertones.

“Humble K” is the second of the two tracks, and it’s got a white noise percussion sound playing triplets that skips over the top of the four-to-the-floor kick rhythm. It’s soon joined by a tingling melody synth that lurches with trippy modulation before the rather creepy sample vocal that gives the track its title. Its twisted sound design and hypnotic groove make it a captivating listen that will no doubt enrapture dance floors across the world. 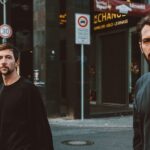 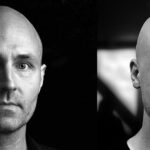