Hi David, what have you been up to lately?

Hey, I’ve been up to a lot of things, music- and career-wise as well as in private stuff like moving, building a new studio etc. But a big highlight was my release at SK_X for sure. I got many amazing and motivating feedbacks which keep me pushing forward. To release on a label of an artist like Setaoc Mass whom I admire is a big milestone in my vision and way. Truly inspiring and motivating.

You hail from Stuttgart. What’s the techno scene like in the German motor city and how has living there influenced your sound?

Fortunately the techno scene here evolved in a good way in my opinion. There are a lot of really talented people behind the scenes, like for sure everyone of our Vision Ekstase team but also people besides that. Raphael Dincsoy is pushing it forward with new and innovative concepts as well as people from different crews like Egotot of Schimmer for example, who are doing really good stuff. These people are helping the scene to evolve and have a huge influence. As there are really passionate and honest people with a good taste (at least in my opinion), the younger, newer guests are developed and influenced too.

But besides that, there are many things which aren’t that positive. Especially the local government, who won’t support techno as a culture, which means that open air events and similar off events are not possible in a legal way. But as long as there are the people with the vision and strength, and of course the people who are following, everything will find its way.

The biggest influence to me was and still is Lehmann Club. It was my personal school in a musical as well as DJing way and of course in a personal way too. Starting to throw events there, to become a resident and as birthplace of Vision Ekstase, Lehmann was the biggest change in my career until now. Neither Mercedes nor Porsche – Lehmann is Stuttgart for me 🙂

You started DJing and throwing events in 2013. How has your style evolved during this time?

I started out with melodic stuff, but soon after was into more darker stuff and now I am really comfortable with a more groovy, repetitive yet faster sound. My style has changed a lot since then. As I said, Lehmann Club was a huge influence to me, but of course it is also just the current time that changes your musical taste. It’s always like an adventure. It could be that my style is going to change tomorrow or in ten years. I like new stuff and I’ve never been a type of sticking to the same thing over a long period of time. It always bores me after a while. Lets see where I am in a few years. 🙂

You’ve been running your label and party Vision Ekstase since 2018. Why did you want to launch your own imprint and party and what’s the concept behind it?

Big question. I think the short form would be to follow our vision. Our vision of party, our vision of music, our vision of life in general. And this includes the imprint too. For sure we had talked about an imprint earlier, but due to Fabian Wegmeth (who is the main founder as well) and me not having had enough time and manpower to create an imprint, we hadn’t had the possibility. We thought that, when we commit to the step of doing an imprint, we would only want to do it 100%.
With the start of Vision Ekstase and the entry of Jan (Rove Ranger, who really forced us all to start the label) the label was born.

The big difference between the parties and events we had done before is mainly that this time with Vision Ekstase we did not sit down to create a full concept, but just went with the flow and did what felt right to support our vision. Vision Ekstase is our concept of life. We never had to think about what would be cool or what would make sense. We just created everything by our own feeling, by our own compass, which guides us to every single chapter of life. And this is just the start, the first party was in December 2018, the first release was in September 2019. And there are many things to come. Many things we really have to reach. Always going in the direction of the vision, and we just walked a few steps towards it…

Your track ‘Altai’ was one of the big techno tunes of 2019, with the music video generating over 26,000 views so far. What’s the story behind the tune and the cool video? And did you expect the track to blow up like this?

To be honest there is no big story behind the track. I sometimes wish that I had some big stories behind my tracks like other artists have. Like they walked through a big park and saw the cat, listened to the birds singing and then PENG there is the track idea. But 90% of my tracks were produced just directly out of my mood. Opening Ableton and jamming around. Hence, the outcome is a capture of my feeling in that exact moment, which I really like to be honest.

I rarely had a concept for a track and tried to get it there. And that’s the story behind Altai too. I had these distorted synthesizer sounds, the drums and stuff and searched for the last thing of the track. I heard this longer vocal– think it was a poem, but not sure anymore– threw it in the project, sliced it, cut it, processed it and there it was. It was really a quickly produced track, but it’s often the quick results that are the good ones for me.

For the story of the video it would be better to ask our creative director Bella Christmann. She’s responsible and leading everything regarding our visual output. For sure we as musical artists also have some ideas and creative input but in the end it’s her mastermind which creates all the visual art that you can see, the trailers, the music videos and the photos.

Regarding expectations I have to say that I try to never expect anything. For sure you can try to assess which track or release is going to work, but to be honest it doesn’t affect me a lot.
We’re doing what we love, and what we and our base would like to do. Never mind what the expectations from other people are. We’re trusting our inner compass directing us towards our very own vision.

Your next release, Sion EP will come out via Bulgarian techno imprint Mekanika Recordings. We’re premiering the title track and it’s an epic rave tune with old school vibes. How did the track come about and how did you sign it to the label?

One of the label owners wrote me a couple of months ago if I would be interested in releasing something on their new imprint. I’m really careful regarding labels, releases and cooperations in many ways. Not because of the business or exclusivity aspects but more due to the fact that I just want to work with people who have the same mindset. From the very beginning I had a good feeling with Mekanika which brought to the quick decision of getting together.

The track itself was produced before that. I jammed with a few synths and came to this idea of track when hearing this synth version. I really wanted to keep the track like it is and not overproduce it as I liked this rawness, which reminds me a bit of those old school track rave tracks. Even it’s a bit out of my regular style, which I like. Breaking rules and regularities.

What’s next for David Löhlein?

Next up is to go back to the studio after a few weeks of big work on the vision itself including events, campaigns and private stuff. I mean it’s part of it and I love to work on the vision in any way. But the main and only real compensation for me is making music. So getting back to music in full mode, working on some special events (infos to come) and some bigger things coming in the middle / end of the year. Be ready 🙂 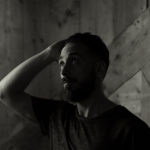 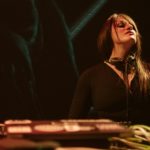