Steve Bug is a stalwart of the German electronic scene and an international headline DJ who has travelled the world.

His deep and techy style blurs the lines between house and techno, and he is also owner of the highly influential Poker Flat Recordings.

Along with many releases on his own record label, Steve Bug has also released music on other imprints including Moon Harbour, Last Night On Earth, Knee Deep In Sound and Ovum.

Most recently, Steve Bug dropped a new EP on Joris Voorn’s Rejected that he made in collaboration with Cle. That two-track release titled ‘Raving Butterflies’ is out now, and we caught up with him to find out more about it, plus some of his passions outside of music…

Hi Steve, it’s nice to be talking with you today. Where are you currently living, and how do you feel the local club scene is recovering after the pandemic?

Nice talking to you. I’m still living in Berlin. Well, Berlin, as the rest of Germany just re-opened its club doors. So it’s hard to say, and since the pandemic is not 100% over, everyone is worried they may have to close down again. But as far as I know, all the first parties went pretty well. After all the time, people really wanna see others and party again.

I’m told you are a keen climber and boulderer, what got you into this hobby, and what do you like most about it?

After seeing a friend posting a video of her bouldering, I was interested in trying it out for myself, so I did. I got hooked right away, and I still am. I just love all the different movements, it’s also very challenging. The community is great as well.

Do you only climb at indoor centres or do you also go outdoors to do it in real rockfaces, and what are the main differences between the two?

I mostly boulder indoors, since real rock is a 3 hour drive from Berlin. But I do sometimes go bouldering outside. Climbing I have done only indoors so far. But in general, it’s the difference between being indoors, or outdoors. Most bouldering spots in Germany are in forests, you have to walk a while and carry all your gear (shoes, crash pads etc) from the parking. While indoors, you just need your shoes and some chalk. Also, indoor holds are a bit more skin friendly than rocks. I do like both for different reasons though.

Talking of keeping active, I’m told you are also a keen skier so I wanted to ask what your favourite skiing destinations are?

Are there any other sporting activities you enjoy, as it sounds like you do a lot to keep fit?

I used to go running for many years, and for a few years, I’ve been swimming 2k twice a week. Then I had a beach volleyball period, meeting with Berlin-based deejays to play during the summer season. But we never got good at it. I still practice yoga, something I’ve been doing for many years. It’s a great addition to bouldering, and lately, I started to squeeze in weekly casual running sessions.

How are things going with music, have you started to get international DJ booking again and is there anywhere you are patricianly excited to play a set?

I just played SXM Festival in the Caribbean, that felt incredible. Followed by a gig in Puerto Rico. Now I’m in Houston, where I am playing tomorrow night, and Saturday I will be playing in Brooklyn, NYC. Next month I’m already back in South America, with gigs in Colombia, Dominican Republic, Ecuador and Guatemala. So I can’t complain 🙂

I see that your next EP is forthcoming on Rejected, could you talk me through the tracks and their concept?

My friend Cle and I wrote these tracks together during the lockdown. The sample we used in The Rave took us back to the early 90s in Berlin. We were partying at clubs like Planet, Tresor and later E-Werk. Once we had the hook line, we added a simple bass and some 909 beats, plus some metal percussion, that keeps pushing forward. The second track is a full-on acid tune with two 303 lines, driving beats, and some vocals.

Is this your first time working with Rejected, and how did you first make contact with the label?

No, Cle and I had several releases on Rejected. There was also a great remix release with a Josh Wink mix for one of the tracks our first Rejected release Together and a remix by Shan for Flying Keys, one track of our 2020 release on the label

On the subject of record labels, how are things going with Poker Flat, are there any forthcoming releases that you can tell us about?

Really good. We just released a super nice single by Dachshund though. Next in line is Reset Robot with another splendid 3 track EP, and that’s followed by a new Tim Engelhardt EP. 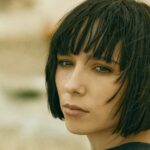 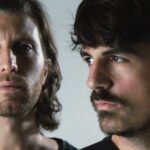