Pepe Roselló is the original founder and owner of Ibiza’s iconic club Space, and he has revealed that the world-famous venue could return “before 2022”.

The news comes from an interview in Ibiza-based publication Noudiari, but it’s unclear exactly what to expect from its return. So far, the only information given means we can expect the brand to return before the end of the year.

Carl Cox was a regular at Space in Ibiza before it closed in October 2016, and Pepe Roselló gave hints that Carl might also be involved in the new project, saying: “All the projects I have done in my life, I have done with Carl Cox. Some with success and others with less success. I always count on him.”

DJ Mag reported in 2018 that Carl Cox had some involvement in building a new Space Ibiza venue, and Pepe Roselló was one of the others named to part of the project.

Other topics discussed by Pepe Roselló in the Noudiari interview was a discussion about the clubbing scene in Ibiza as a whole, including the effect of elitist VIP areas, and how the island might bounce back after COVID-19.

Spain has already announced their plans to allow tourists this summer, using what many refer to as a vaccine passport system, which means people won’t have to quarantine on arrival. 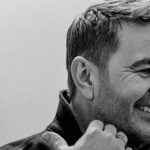 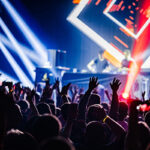