Shane was born in Australia, but his music is born on the island of Ibiza.

For over a decade, Shane has been making an annual pilgrimage to Ibiza where he has played at Café Del Mar, Blue Marlin, Mambo, Space, Ushuaia & Kumharas amongst others. Closer to his heart is the hippy scene and the more underground side of Ibiza, the closest of which is the Sunset Ashram, his favourite place to lay down many a long set over the years.

In more recent years Shane has been making the journey to play at Burning Man. The Burner culture and the sound of the Playa has captured his heart, and it’s there that now defines his music.

At home in Australia, he is a founding member of Sunset Island, a sound camp at Australia’s Burning Seed, famous for their massive sunset parties. He can be found regularly playing at major festivals like Sub Sonic, Return To Rio, Electric Gardens and Burning Seed.

Producer and radio broadcaster and half of the Electronic Duo Electric Zeus. Electric Zeus have released singles and remixes worldwide since 2011. He can be found regularly playing at major festivals like Sub Sonic, Return To Rio, Electric Gardens and Burning Seed.

Most recently he was chosen to warm up for Solomun when he came to Australia, and they played for a 5000 capacity crowd. Many also know him for being one half of the production duo Electric Zeus who since 2011 have released singles and remixes to a worldwide audience.

A message from the artist: “Music touches me on many levels but I think more than anything it touches my heart. For me personally music has always entered my soul through my emotions. It’s been my constant healer. I must say though I like to be moved physically by music and fully enjoy a solid and warm bass driving my body onwards.

So I guess you could say this mix is an emotional journey that you can dance to.
I was thinking about this mix for a couple of weeks and how I would approach it, selected some of my new tunes in a folder but then I had enough of thinking and just start playing them and going with the flow so as such you have some of my current selections and then some other tunes that appeared in the moment because it just felt right at the time.
I hope it feels right for the listener as well” 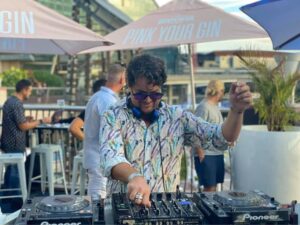 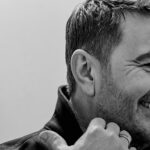 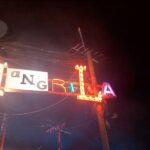