The police commissioner of New South Wales, Mick Fuller put forward the idea the app could be used to digitally record the intermate agreement between two consenting people.

In his own words, he said the app’s technology could be used to establish “positive consent“. This has sparked a backlash from people who feel this system is open to abuse. Some also feel it could be a system misused for state surveillance.

Recently there has been a national discussion about sexual assault in Australia after a female government official claims she was raped by a senior male colleague at Parliament House. This has opened the door to much discussion in the country after the fire was fuelled by the prime minister, who in a statement said he had to ask his wife’s opinion before knowing how to respond.

The comments from the prime minister have left some people shocked, as many feel he shouldn’t need to ask anyone’s advice or opinion to see a rape allegation as a serious matter.

Tens of thousands from around the Australian nation this week gathered to march in protest against what they feel is a culture of discrimination against women in the country’s government.

Police have responded to the campaigns about rape and about sexual assault with the suggestion of the controversial app. In a statement given to Nine Network, Mick Fuller said: “You may have a son or a brother and you think this is too challenging but this app… protects everybody.”

Mick Fuller expressed the need to provide explicit consent was a constant problem in the sexual assault cases that make it to court. Saying that the app idea had already been raised with the New South Wales government, as it could help achieve better legal outcomes for victims.
Stats show less than 10% of the near 15,000 sexual assault cases reported to New South Wales police last year resulted in police charges.

In the Sydney newspaper The Daily Telegraph, Mick Fuller stated “It needs to be positive consent. How do we do that in this day and age? One option is with technology.”

Women’s advocates have responded to this and pointed out that in reality, the app’s use could pose many problems. They feel a consent record could be faked or stop people from changing their mind before the lovemaking act after initially consenting.

Women’s Safety NSW is the domestic violence service in New South Wales, and the head of the organisation tweeted: “The abuser can simply coerce the victim to use the app.”

Female lawmakers in Australia have also criticised the app, saying instead, that more efforts need to be made to improve sexual assault laws for victims.

Earlier this year, Denmark tried releasing a similar app after they criminalised sex without explicit consent. That app was criticised severely by the country’s public and press. 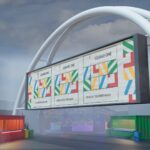 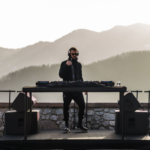