Scott Diaz is one of the UK’s most consistent artists and has built up a steady momentum in the world of house music.

Often his tracks incorporate a two-step influence, as he has also released garage tracks working alongside legends such as Matt Jam Lamont.

Labels to have featured Scott Diaz’s music include Defected, Simma Black and Large along with his own imprint Grand Plans that’s a platform he has used for his most recent EP titled “Life On The Outside”.

Effectively a mini album Life On The Outside features seven tracks in a delightful style that blends soulful chords and chunky percussion in order to bring some tender emotion to the dance floor.

“I Once Was Lost” takes influence from gospel and others like “What You Do 2 Me” take their influence from funk but all have their own distinct personality.

It’s near impossible to try and pick a favourite from the release as there is such a great selection, so if anything we suggest buying the whole package to ensure you don’t miss out on any of these gems. 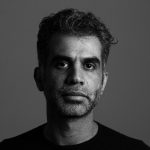 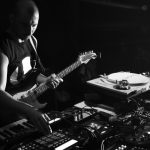