This is not the first time Roland has been caught illegally price-fixing.

Three music brands have been fined a total of €21m by the German Federal Cartel. The fine comes as a result of price-fixing between the period of 2014 and 2018, which is illegal under EU consumer law.

Music Tech’s report on the story reveals that Yamaha, Roland and Fender would “contact Thomann and Music Store and ask these retailers to adjust their sales prices, which they also did in many cases.”

Apparently, those same manufacturers also imposed penalties on retailers such as suspending supply or worsened terms and conditions. Using the threat of this as leverage to pressure retailers to do as they instructed.

Andreas Mundt is president of the German Cartel Office, and in a statement, he said: “With the fines it has imposed, the Bundeskartellamt [German Cartel Office] is sending a clear signal not just to the companies concerned, but also to the entire musical instrument sector, that violations of the prohibition of resale price maintenance and price-fixing agreements will not be tolerated.”

This is not the first time that Roland has been caught illegally price-fixing, as along with Korg they were fined £5.5m in the UK for doing similar things with retailer GAK. 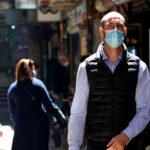 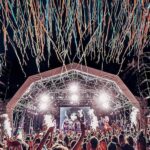