Stacey Pullen’s Blackflag label celebrates it’s 30th release with a three-track tech house killer from Rome based DJ/producer Roberto Surace, who recently released on Riva Star’s Snatch! Records imprint and can now count The Martinez Brothers as one of his fans.

Roberto Surace: I am 26 years old, I live in Italy and I have been DJ’ing and producing music since 2008.

Roberto Surace: I have always loved music. It has been a passion of mine since as long as I can remember!

Roberto Surace: I first began to DJ in Tuscany, in Siena at Vanilla Disco.

Roberto Surace: I never went to any kind of production school so I’m self-taught in that respect. In the beginning it was difficult to produce the sort of music I really wanted. But over time, with the help of friends, tutorials, hours of studio time and the advice from my peers I have managed to create a sound that I am happy with. I am constantly working at improving my sound!

Roberto Surace: My latest release “Break It” on Blackflag Recordings includes 3 original tracks – Break It, Everyday and Pony Express. This EP has a very groovy, percussive sound to it which reflects the type of music I like to play. I must thank Stacey Pullen here, who believed in me and in my music.

Roberto Surace: The underground music scene is the one in which I live. With Black Flag being a big release for me, I am now concentrating on the right releases on big labels.

Roberto Surace: I have always been inspired by the great Neapolitan DJ Marco Carola. But I also love the sound of the Neverdogs, Stacey Pullen, Leon, Joey Daniel, The Martinez Brothers, Loco Dice, Joseph Capriati, Jamie Jones, Apollonia, Lauren Lane and many others.

Roberto Surace: Usually my DJ setup is 2 CDJ’s (timecode), mixer, sound card and my Macbook. I enjoy playing with a CDJ and mixer at the afterparties!

Roberto Surace: The greatest satisfaction to date is with my track “ Vibe” on Snatch! Records which was supported by many DJs on the international scene. It was also in the tech house top 50 chart on beatport for a long time. I must also thank RIVA STARR for believing in me and in my music and for giving me this great opportunity.

Roberto Surace: I constantly working hard on new projects. All will be revealed in the near future!! 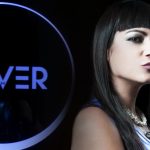 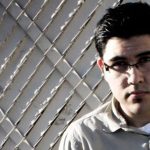