Reset Robot is many a DJ’s favourite producer whose techy style has been a feature of labels ranging from Drumcode to his own imprint Whistleblower.

Not only is Reset Robot an accomplished producer, he has also played DJ sets at many of Europe’s top festivals and events, and we are honoured to have him provide us a mix for Flow Techno.

Based in UK city of Portsmouth, he is a part of the city’s close-knit artist collective that also included the likes of Alan Fitzpatrick and Rhymos, who were also founding members of the Whistleblower label that Reset Robot now runs as a solo venture.

Most recently Reset Robot put out a six-track EP on Whistleblower titled “Atomic Concept” and it showcases his more underground side with techno-focused cuts that were stripped back, experimental or simply a dance floor banger.

Not only does he make underground cuts an understated sound aesthetic, he is also known for the fist-pumping style he has made when collaborating on tracks with the likes of Adam Beyer or Christian Smith.

Some might also be familiar with his melodic house tracks on labels like Sasha’s Last Night On Earth and Mobilee, but of late it’s techno releases on labels like Hotflush that he has become best known for.

This techno focused podcast is another fine example of his ability to be accessible by the mainstream while also being undeniably underground, which is a tough tightrope to navigate, and few do it so skilfully.

Without further ado, we hope you enjoy this mix, and you can purchase Reset Robot’s new release from HERE 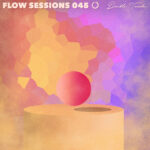 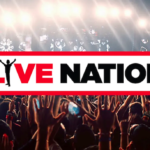