We speak with techno tastemaker Mark Tarmonea about his interesting upbringing, what drove him towards music, his BIACS label and more…

Hi Mark, pleasure to speak to you! How are you?

I’m fine, thank you for the interview invitation.

Tell us about your upbringing. I read you had to flee the Romanian Revolution into the US at an early age?

My father was a politically persecuted journalist.

He came into conflict with the romanian regime several times, so my parents had to flee romania when I was 4 years old.

After a year’s journey around the globe, including the US and Canada, we ended up in Germany in 1989, where relatives of us lived.

What effects did that have on your childhood?

To grow up in germany as a child of foreigners was pretty tough for me.

I think every former immigrant kid knows what I’m talking about.

I spent a lot of time playing on my Casio keyboard. When I was nine years old, I started composing which is an ongoing process since then.

Tell us the story behind Bull In A China Shop. How did the label come to form and what was the inspiration behind it?

To launch BIACS was the only logical consequence for me after I understood how the music industry works and in which direction it will move in the next few years .

The Name Bull A China Shop is a metaphor for “gamechanger”. There is of course more behind the name, but that would be beyond the scope of this interview.

How would you describe your sound?

Danceable 4-to-the-floor beats, analog synthesizers, repetitive sequences combined with profound lyrics. I sing and produce all my tracks myself.

Where do you take inspiration before going into the studio to lay it down?

A few cups of coffee and then I start to hear harmonies and melodies in my head.

Tell us about your live performances. They are quite something!

The last 2 years I have played many hybrid DJ sets, this means techno/tech house playbacks combined with my Livevocals. Now I’m working on a more dynamic ableton live set, with which I can respond better to the vibe of the crowd.

What artists would say have inspired you as a musician?

What are you 5 go to records right now through your sets?

What do you do to unwind outside of performing and being in the studio?

I like to visit flea markets and buy nerdy stuff, that nobody really needs.

What does the future hold for you? Any further goals or ambitions lefts to achieve?

I’ve written around a thousand songs in the last couple of years.

I hope to have good health and the strength to be able to complete many of these layouts and share them with you… and to play good shows around the globe.

Thank you for having me. 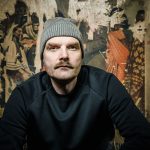 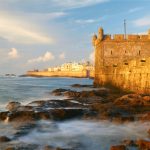