Record Store Day takes place on June 12th and July 17th, and this year’s limited-edition releases have now been announced.

Each year there are special edition repressed vinyl and previously unreleased remix versions of tracks by some of the music industry’s most influential artists.

Sometimes there are also deluxe versions of albums or releases pressed to limited runs of coloured vinyl as part of the celebration.

Participating record stores across the world get limited amounts of stock and fans have been known to queue around the block to get their hands on a copy before they sell out.

Many shops also put on live music and do special one day only offers that attract people to their store. The main aim of the day is to support the few independent music retailers that still exist on the high street.

MP3 sales and online streaming has killed off most independent music retailers, and only a handful of stores including the larger chains can still be found in most city centres.

Record shops have forever been a vital part of the music industry where communities have been built and staff have helped spread the word of good music.

This years record store day will feature vinyl rereleases of “Vidiconia” by Bibio , “Static Shot” by Chloe & Pete Harden , “Tropical Gypsy” by DJ Cam , “Weapon of Choice” by Fatboy Slim , “dopamine” of Count Hadik , and a Record-Store-Day-2021-Exclusive by Mano Le Tough & DJ Koze plus many more… 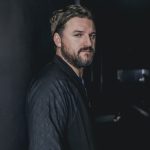 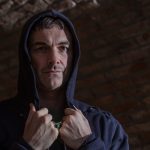