With Qbical having new music out now on Manual Music we catch up with him for the latest episode of 12 Questions.

Qbical: I’m from the wonderful city of Amersfoort in The Netherlands and have been messing with music production since I was about 13. I’m 33 now so that’s about 20 years. My first ‘proper’ release was in 2006 though.

Qbical: I’ve been playing drums since i was very young so always have been musically active. taped my favorite records from the likes of Michael Jackson and Phil Collins and played them back to back while making lego’s. I guess that kind of made me tutor my self in good songwriting. When I got older I started playing in Punk and Psychobilly bands, and still do today. Also got in touch with electronic music. At our library they had this great music section with records from Aphex Twin, Orbital, Chemical Brothers and the likes and I devoured that whole electronics section. Thats when I build my liking for strange and melodic synth sounds I guess 🙂

Making, playing and listening to music is something I need to do. Never really thought about a career in music, it’s just something I am. I’m also always analyzing records and live performances to figure out how other people do it. So there isn’t really one track that inspired me, I’m constantly inspired by lots of music, love it!

Qbical: I started out pretty self-tought with an obscure little program called SoundClub that I found on this shareware cd that also contained lot’s of “tracker” music. After a while my computer broke down and we got this very old dos PC that didn’t run much but I did get a hold of this program called “FastTracker”. Didn’t understand anything, but it had this snake game build in that I played a lot. After I got bored with that I started to load other peoples tracks into Fasttracker to learn how they used the program, that really helped a lot. When our computer was repaired I went ahead and got into MadTracker, that was a windows program and at that time the internet really took of and I got into all kinds of music forums. All the while sharing all my creations with everyone, since those were the source project files it was a really open environment to learn music production!

I did eventually got a ‘proper education’ and degree by taking the Music Technology course at the Utrecht School of Arts. But really I think that you learn the most by just sharing your experiences with other link-minded friends and help each other along the way!

4. What parts of the production process do you find the most difficult and what comes easiest for you? When you do hit a creative block what helps you through it?

Qbical: I used to hit a wall when it comes to finishing a track. It’s always easy to create a rocking 8 bar loop but then you need to work it out to a full song. Also distractions like facebook and stuff are killing 🙂

Nowadays I force myself out of that by just turning off my internet connection when producing and forcing myself to make a basic arrangement from the 8 bar loop. When you do that alot it suddenly becomes like second nature and you’re able to finish tracks quite easily.

What also helps greatly is working in an environment that you can work comfortably in. That could something like your chair or the software you use. Since I switched from Live to Bitwig Studio my creativity spiked like crazy, but I guess that’s different for everyone

5. You have a new release out this week on Manual Music, a two track EP alongside remixes from Bostro Pesopeo and Komplexx. Tell us how you approached writing the tracks, the thought process behind the remixer selection and what’s coming later this year from you?

Qbical: Present Day came about by messing with some melody loop in my sample library, I chopped it up and started playing it on my keyboard and found this great drive. It started out as a very minimal track but I suddenly dropped in this oldschool drumloop that really drove the track even further, it all went a bit techno from there and I’m really happy with the end result.

You Slowly Rise is based around this synth line that just seems to keep rising. I shamefully just used a preset from Bitwig Studio that has 4 synths that you can modulate in this way, worked great with some little tweaks.

I really enjoy the music from both remixers. I don’t look into a certain sound to help sell the EP, but want to hear what people I respect musically can do with my songs.

Currently I’m finishing up some remixes and working on new material, so stay tuned 🙂

6. You’ve had a long standing relationship with the Manual Music label family, which includes MNL and Cinematique. All three labels have showcased your music. How did you meet the owner Paul Hazendonk and what makes his labels so appealing?

Qbical: Paul released my first EP on Manual in 2006, we got in contact via myspace because he wanted to release a bootleg remix I did. We became friends after that and I did several remixes and release on the label ever since. It’s great to see that it’s possible for me to make a techno record like Dust In The Cartridge and then help out with a pop project like Patchy on the same label. Next to the great labelnights we do I also did several radioshows over the years together with Paul and Robin from Cinematique. Lot’s of fun those guys 🙂

7. Apart from electronic music what other genres do you listen to and who are your favourite artists outside of electronic? and do these genres or artists have a direct effect on your own productions and what makes your music so distinctive sounding?

Qbical: Well I also played in some rock bands and I really like myself some rock ’n roll, punk or metal from time to time. Especially when hanging out in bars, haha. Also a big fan of the whole electroclash era. I also love everything pop that’s coming out of sweden and Scandinavia in general. Since I never really listen to lyrics anyway I don’t mind if they sing in Swedish. I guess that everything you listen to inspires you in some way but I don’t really set out to find inspiration by listening to other artist though.

8. What was the first and last physical (CD, Vinyl, Cassette etc)  piece of music you bought?

Qbical: Bought the re-issue of Dig Your Own Hole by The Chemical Brothers. They also had China by Vangelis in the second hand section that is now mine. Since I listen to most of my music via Spotify I now only buy albums that I really like on vinyl. Just need a turntable to play them, i’m between turntables at the moment haha!

9.  What would be your dream collaboration?

Qbical: It’s all about the music, names don’t really matter to me, but I really would love to be part of some synth heavy live act some day. Or working together with a band or singer as a producer more.

10. Which producers consistently inspire you? And where else does your inspiration come from?

Qbical: When it comes to dance music I guess producers like John Tejada and Gui Boratto stand out for me. In a broader sense I really love The Chemical Brothers and the stuff Tom Rowlands does when it comes to layering and working with synths. If you want to learn more about song writing and structure of an arrangement there is no better inspiration source than everything Max Martin has produced! The most inspired I get by just playing around in the studio, old sample cd’s are really great to chop up and see what you get, it’s the happy accidents that count.

11. There are countless artists out there trying to find their way and create their own unique sound like you have, what advice do you have for them?

Qbical: It’s funny that you ask this. I never really set out to create something that’s my sound. It just kinda happens. Just do something that you like! While checking out youtube about how to re-create the massive patch Martin Garrix used is great to learn the synth Massive, if you’re in it for that sound only you will never sound original I guess 🙂

Just have fun, take some days of from making songs and just make presets for your synths or build up nice drum-kits that you can re-use in multiple tracks, not only will that speed up your production time, it will also help to make your music sound consistent.

Qbical: Ha, this is a tough one. I guess it would depend on the vibe, but since that really isn’t a valid answer in this case I would have to go with “Tiga – (Far From) Home ( DFA Remix )”. It’s dancable electronic music but also has this rock vibe going on. And the synths in the second half are fricking epic 🙂

‘Present Day’ is out now on Manual Music, you can purchase the release: here 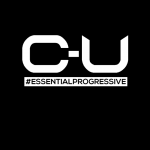 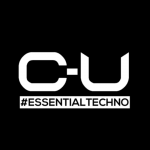