Paul Woolford remixes a track from Nightmares On Wax’s ninth album ‘Shout Out! To Freedom..’

With his new album ‘Shout Out! To Freedom..’ acting as a high-point in an illustrious career and critically acclaimed across the board, Nightmares on Wax now opens up the record for a series of remixes, with the first coming from non-other than Paul Woolford.

Of which Paul had this to add: “I have an indelible connection to Nightmares On Wax ever since I was exposed to Let It Roll on People’s FM in Leeds, way back in 1990. It was an honour to rework Wonder from the new album and develop it into more of an end-of-night deep NY garage feeling. The harmonics on the vocal are lush and remain the central component. The whole album is another triumph for George.”

As Warp’s longest serving signing, Nightmares on Wax has been consistently at the forefront of contemporary music, creating a unique blend of electronica, jazz, hip-hop, dub, funk, soul and techno.

Although 9 albums in, he may have only just truly stepped into his own groove. Lockdown forced a change of pace and offered some time for meaningful reflection and introspection.“I’ve been gigging non-stop for 10 years,” he says. “And that experience has been beautiful but it also drained me emotionally.”

He began to reassess some things. “As a creative you’re always questioning everything,” he says. “So having the time and the space has meant that I could do a proper deep dive into this stuff. So it was all about this journey of going back to myself, and realising being at home with my wife and my daughter that I’ve not really been here properly. It’s like I’ve just woken back up to what I actually have – and it’s already here.”

Evelyn already had the wheels in motion for making a collaborative album with a variety of guests but now he took this personal element and asked them to run with it. “The world had stopped and I’d slowed down but time speeded up,” he reflects. So there was a lot of static going on in the world at that time. So my conversation with people was more like, ‘what’s going on inside? What’s the inner voice saying?’ As a result, he formed creative bonds with new and upcoming talent that slotted in nicely with both the history and evolution of N.O.W. The likes of Shabaka Hutchings, Haile Supreme, Mara TK, Sabrina Mahfouz. Greentea Peng, OSHUN and Pip Millett all feature. 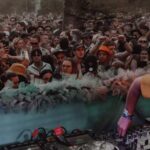 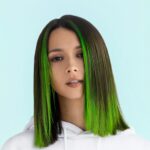