French artist NTO of Einmusika Recordings and Armada has revealed his latest release on Hungry Music, which features a remix from the iconic Paul Kalkbrenner.

In addition to his many top-selling releases, Paul Kalkbrenner also stared in the film Berlin Calling.

NTO gave a statement about the remix saying: “I wanted to leave it to other artists that I love and admire to tell their own story around the melodic theme of my track ‘Invisible’. Paul Kalkbrenner is one of the artists who inspired me to become a producer when I started making music 15 years ago. To remix a track that means a lot to me is an incalculable gift! The original floor combines an evolutionary narrative story and a dance floor rhythm. Paul Kalkbrenner adds the characteristic color and production that gave him the title of icon of melodic techno.”

Paul Kalkbrenner also shared a statement about the remix, saying: “NTO, as I later learned, works with a story in mind. Now that we’ve recorded the remix video, I know, but when I worked on the track, I had no idea. I just did it the way I always do, in a flow state, adding and adding. This remix came to me quite naturally, always advancing, in a straight line.” 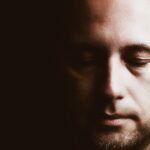 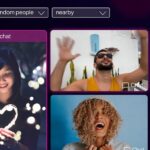