Third Man Records is owned by Jack White of The White Stripes.

Soon to open in London’s Soho district is a new record store where visitors can record their music direct to vinyl. It’s currently unclear exactly how this process will work, and what kind of audio quality people can expect from the records made, but it’s certainly an interesting concept.

Third Man Records is the name of the new store which is linked to the record label of the same name that’s owned by Jack White of the band The White Stripes.

Opening on the 25th of September it’s the third in a chain of record stores, the other two are located in American cities Nashville and Detroit. The branch in Soho will open on Marshall Street and be spread across two floors that along with music, will also stock merchandise and some exclusive records.

The record store will also have its own live music venue called The Blue Basement, and is planned to be “a physical space to help keep record sales and live performances alive after such a tough period for everyone”. 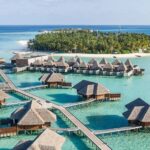 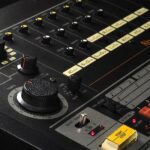