“Hush” is a new book that explores the effect of the COVID pandemic has had on the city’s club spaces after being left empty for nearly a full year.

Photographer Marie Staggat and journalist Timo Stein are the duo behind the new book, and together they have visited more than 40 clubs in Germany’s capital between April 2020 and December 2020.

Marie Staggat worked as a photographer in Tresor and has photographed many of the beloved DJs who have graced its world-famous DJ booth. In 2016 she published her first book 313ONELOVE, which is about Detroit’s electronic music scene.

Timo Stein has written for music magazine Spex, and also working as a politics and culture editor/reporter, including six years at Cicero. In addition to other outlets his articles have also been published in Germany’s Der Tagesspiegel and Rhein-Zeitung daily newspapers.

Some of the clubs featured include the likes of Watergate, SchwuZ, Weekend, Tresor, OHM, Sameheads, Paloma, Kit Kat, GRETCHEN, Else, Arena, Suicide Circus and many more.

As part of each club visit, interviews were conducted with staff members ranging from venue managers and talent bookers to bartenders and bouncers.

The book is aimed to give an insight into how the city’s world-renowned nightlife industry is struggling to survive through the crisis of the pandemic.

The book’s official press release notes: “During their club quarantine tour, they encountered people who are not only struggling to keep their jobs, but also fear losing the place they call home. They met them in locations that were created for people, but which also leave an impact when completely empty.”

Not only does this promise to be a fascinating read for anyone looking to get more of an insight into the nightlife industry. It’s also part of an initiative to help support those hit by financial hardship, as proceeds from book sales will be donated to help support the clubs involved in the project.

Hush is due to be published on the 1st of March 2021, and will be available from leading book stores plus parthasverlag.de. 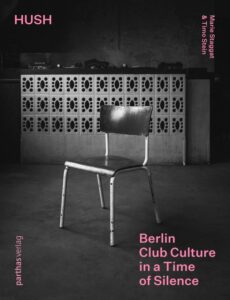 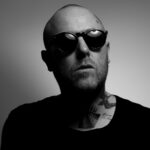 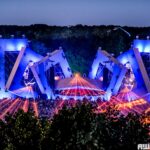