Hi Masterton, tell us about you.

I’ve been DJing for quite some time now. My first gig was in 2001. And even before that I took my first steps writing own songs. But with DJIng a lot on the weekends I didn’t have time to write music anymore. In 2011 I changed my focus to making my own tracks.

My brother is about ten years older than me. He introduced me to hip hop and club music when I was still very young. He gave me a tape with the “Beat Street” audio track. Even though I didn’t know the movie back then, I loved what the DJs and musicians in the film were doing. When I started buying records as a teenager I got a lot of old-school hip hop but was also attached to more uptempo tracks. My record dealer back then guided me into the direction of deep house music, with sounds from Charles Webster, Metro Area, Moloko or Mood 2 Swing and labels like Naked Music NY, Defected or Guidance. From that I got deeper and deeper into house and techno music.

It was at a bar in my hometown Potsdam which is a town just outside of Berlin, so a lot of musical influence comes from there. At that bar they had a DJ every Wednesday and Friday. It wasn’t just people relaxing over a few drinks – on those days the place was packed, people were dancing and having a good time with some groovy house music. That let to a lot of other gigs in clubs in Potsdam and soon in Berlin as well.

What was the first track you ever made and could you play it now?

The first track I wrote was using a Mod-Tracker. A simple 8-track step sequencer with only very, very short 8-bit mono samples. I played some parts on my guitar along some broken beats. Unfortunately all ideas created at that time – around 18 years ago – are lost.

However, the first track I’ve made as Masterton is actually released and yes – I would still play it. It’s the remix of Dominik Eulberg’s track “Adler”:

Talk to us about your new release which is out released soon as part of BlackFox Music’s 10th Birthday vinyl.

My track “You/Remain” seems a bit melancholic at first but is actually quite encouraging. I started to record melodies from my Sansula. It’s an instrument with a very warm sound and similar to a Kalimba but with a different scale. Around these loops I created chords and the main piano part. I recorded a lot of the other sounds from analog synthesizers or processed digital ones through the lovely OTO Biscuit – an 8bit bit-crusher and analog filter.

I’m very excited that the track is now part of our new compilation “Kapitel 5” for the label’s 10th birthday. Every 5th release is a label showcase, where we feature our own BlackFoxMusic artists and great new artists, who have never released on the label before. Especially in this new compilation you can hear a huge variety of electronic music.

Well, I really love the sound of Max Cooper. I also like the playful tracks of Gabriel Ananda or Dominik Eulberg. PHON.O is an artist who makes incredibly powerful tracks. I like Patrice Bäumel, but also Christian Löffler. I always dig the sound of Robert Babicz, who created a very strong remix for my first single “Closer”. But a short list like this seems always incomplete.

I really like the sound of TRAUM Schallplatten, another label I did a couple releases for. I definitely enjoy the current sound of Noir Music, Monkeytown or Objektivity. Defected is also one of my go to labels – I think I own all their “In The House” 12″ records. [laughs] But then again, I also follow up the releases of Kompakt, Diynamic, Get Physical and many, many more.

My DJ setup is very simple. If I’m in the mood and if I have the option, I would play a vinyl set. Just two turntables and a mixer. But actually most of the time I’m using time control vinyls or CDs together with Traktor. I really like that software. I’m not so much into effects, but it offers me the possibility to play my own edits, which I create very often – no need to get expensive dubplates anymore

I always wanted to do something with Dominik Eulberg. So creating and then finally releasing a remix for him was a huge thing for me. On the other hand I’ve been a fan of Moby’s music for a long time. When he approved my remix of his track “The Last Day” for a release, this was another big moment for me.

We released the remix exclusively on vinyl with only a handful of copies still available. However, you can listen to the track on SoundCloud as well:

I’m also working on some new original tracks and remixes. I think there’s going to be a new single on BlackFoxMusic by the end of the year … so stay tuned. 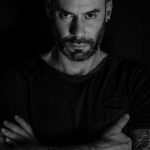 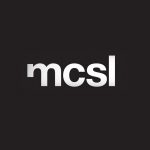