Mark Reeve is an Englishman living in Germany who was first discovered by Sven Väth, and has since gone on to release music with some of the biggest names in techno.

In addition to his many solo tracks on iconic record labels such as Drumcode and Soma, he has also collaborated on music with the likes of UMEK and Pig&Dan.

Not only a great producer, he is also a talented DJ who has been booked to play everywhere from Brazil to Japan.

Most recently, Mark Reeve put out a new track on Adam Beyer’s Truesoul on a split EP that also features Bart Skils.

Keen to learn more about his new release plus some of his interests outside of music, we caught up with Mark for a quick chat…

Hi Mark, it’s great to be talking with you today. What part of the world are you currently living in, and is there any news on when your local clubs can open again?

Hi there, yes I am currently based near Frankfurt, Germany.  I have seen clubs in Leipzig opening but only with capacity of 200 people and all have to be tested. Local clubs here are not able to open yet.

Talking of your local area, are you excited for the European football tournament… who do you want to win, and who do you think will actually win?

Yes, considering I am a massive football fan I would love the three lions to win. In the end I think the final could be between France and England. But who knows football is sometimes unpredictable.

Talking of sport, how are you feeling after months of lockdown, where you able to exercise and keep physically active?

Yes I was going to the local gym while it was still open, but also when it was closed going hiking and enjoying nature in Switzerland.

Food is also a big part of a healthy lifestyle, how often do you cook, and what’s your signature dish?

I cook all the time. At the moment I love preparing fish dishes. Favourite fish at the moment is a grilled dorado with rosemary potatoes.

On the subject of having a signature dish, I always feel your tracks have quite a signature sound. How much new music have you made since the start of the pandemic?

Oh thank you, I am delighted to hear that. I have been very productive over all the lockdowns and have produced 14 tracks.

I understand your latest release is a collaboration with Bart Skils, could you tell me a little about that release?

Yes, it’s actually a split EP; one side Bart titled ‘East of the Sun’ and the other from me ‘Walk in the Wild’. Both tracks very atmospheric with a summer vibe to them. I enjoyed this project a lot.

How did you and Bart first make contact, was it via Drumcode or another label you both work with regularly?

Bart and I played at a Drumcode party. That was the first time we met. He’s a very down to earth guy and lovely to get on with. Now it must be about 8 years that we have known each other.

I’m told you also like to fix old computers, what got you into such a unique hobby?

Well, I actually learned to be a computer guy and did a three year training in Heidelberg. Then I studied another two years and finally afterwards started working. I guess I still like getting involved in computer stuff. It’s something I can’t leave behind.

Is there a vintage computer or games console that you would really like to own and fix up?

I guess maybe an old gameboy. I would definitely give it a try. Maybe fix the screen or something.

Yes, there is something really big happening soon and I can not wait to tell you all about it. At the moment all I can reveal is Drumcode4Life.

Mark Reeve ‘Walk in the Wild’ is out now on Truesoul, and you can pick up a copy from HERE. 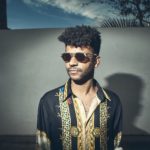 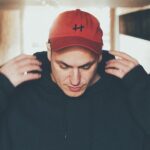