Motek Music has a long had a knack for discovering excellent new talent. Marginal are no exception. We took some time out with the Berliners to learn more about their music.

Guys tell us about you

Marcel –  I’ve been living in Berlin as well and I’ve been producing music since 97 (does this suggest how old am I ? 🙂

Marginal: Marcel – It happened completely by chance. I was more into bands like Fugazi, Pixies and Jawbox back then, and when I started to record and edit music on the computer (first software was Acid Pro and Sound Forge as far as I can remember) it was a game changer for me. Suddenly I was investing loads of time editing and patching on the computer instead of actually playing the guitar. In the middle of this process I’ve started to listen to The Prodigy, Chemical Brothers, Daft Punk and a lot of Drum and Bass (Bad Company, Marky, XRS, Markus Intalex, High Contrast). I think that was my trigger to get in into the electronic world.

Dario – I got into the dance music because of circumstances and coming to Berlin made me start to produce more club music, beside having a Hip Hop/Electro background. I started as a Hip Hop dj and in the meantime I cultivated my passion for vinyl collection and music editing, back then I started with FL Studio and (Like Marcel) Acid Pro.

In my city I spent my adolescence surrounded by various friends cicles: from punk rockers to metal kids to rappers and ravers, all this led me to electronic music, which in my opinion I consider a field always fertile and open to musical experimentation and full of influences.

Our first Gig was in Berlin at Griessmühle Club.

Marginal: Dario – I always got it as a natural process, the more I grew up, the more I’ve studied and learned in terms of techniques.

I don’t consider difficulties when approaching to produce music, I started from scratch…(in my case is true, ’cause I was scratching on my turntables ahah).

Also, it was very difficult to have access to this specific information in Brasil. All this new audio technology thing was so fresh and mysterious at that time, that I think some of us just didn’t get it or didn’t trust it. People used to see it with very bad eyes actually… I mean, using computers to write and record music, are you insane? Maybe the worst part was not only the lack of information but also the lack of confidence on what you were trying to do. It was an absolutely learning by doing process. Nowadays it’s crazy, from newbies to advanced, you can find almost every solution for your audio related problem on youtube.

Marginal: We are very happy with this release because it represents our first EP being official released by a label and at the same time it’s a very rewarding feeling to see our music out of our computer screen after all.

Writing these tracks were a very natural and pleasant thing to do, they were born out of a jam, like most of the times. Teresa, Marcel’s band mate from She Knows, gave a beautiful touch in Jardim with her vocals, which brought the track to a whole new level. Copan was totally inspired by playing with LFO’s on the Prophet 08. But we like to think that the things that surrounds us, the city and its noises, relationships, books, installations or movies plays a major influence in our tracks, and not only the music we listen to.

Marginal: The music scene in Berlin is absolutely overwhelming and very exciting. Sometimes too much if you know what I mean.

We had the chance to play really nice gigs here in town, and the best ones so far were at Golden Gate, Rummels Bucht and Griessmühle.

Marginal: We strongly recommend having a listen to Vitjas Tief, Guga Prates, Fuchsberg, Victor Kill and Nepal, each one of them in its own style but all of them masters of their craft.

Marginal: There is so many good ones out there. To say at least try that comes to my mind now – Keinemusik, Kindisch and Multiculti.

Marginal: It’s currently 2 computers running Ableton 9 + Push + UC 33 + Indigo 2 + Space Echo RE-20 + AKAI APC 40 + Elektron Monomachine. Ableton has all the music parts, controlling everything else and sending MIDI notes into the Virus for Basses, percussion fx and Arpeggiators. Monomachine does the glitches and some percussion. Dario also plays electronic percussion and we love to build new arrangements over our tracks on the fly.

Marginal: We still have so much to do and thats great. Marginal is a really new project despite me and Dario being producers for a long time. I played in big festivals in Europe, Brazil and in the US. But with Marginal it’s a fresh start. But I have a friend that had a jam in front of the Great Pyramids in Egypt, that’s a thing I absolutely still have to achieve. 🙂

Marginal: We have our own studio now so we are producing new tracks frequently. A new live set is on it’s way as well and I hope to come back to the road really soon again. 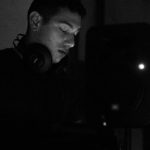 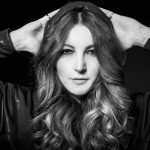