Tourism is booming in Madrid with people from Germany and France travelling to escape the COVID-19 restrictions in their homelands.

Most cities in European countries are still in a strict COVID-19 lockdown, but despite extremely high numbers of cases, the Spanish capital Madrid has restaurants, pubs and all kinds of cultural/leisure facilities open.

These open facilities have attracted many tourists, and one popular Spanish newspaper El Pais has referred to the Madrid as a “party oasis.”

The city has a population of millions, and relies heavily on tourism, so things being open is primarily a real financial blessing. Especially for the catering/hospitality industry, which was coming close to collapse.

The reopening is thanks to the casual coronavirus policy of the regional president Isabel Diaz Ayuso, who is scaling lockdown measures back, despite 120 new infections per 100,000 inhabitants within the last seven days.

It is noted that the so called “Corona Tourists” are mainly French. According to the statistics agency INE, it’s estimated around 117,000 French people travelled to Madrid in January. The same statistics show about 51,000 Germans also travelled to the Spanish city in the same month.

It’s speculated that the French have been travelling to Madrid because of the strict lockdown measures in their homeland including a 6pm curfew. Spain is their neighbouring country, and currently, Madrid offers ridiculously cheap flights and accommodation to those willing to make the trip.

This rise in tourism is believed to have also caused a spike in illegal parties and social gatherings. According to the Macedonian police, 442 celebrations were cancelled last weekend alone. 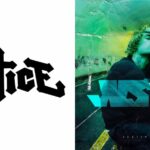 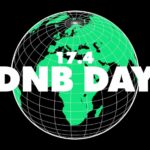