Melbourne, Australia is soon to host a rave under the city’s iconic Bolte Bridge.

Local promoters Novel have planned an event on the 24th of September that presents DJs including Late Nite Tuff Guy, Made in Paris, Dr Packer and Papa Smurf.

Hosted under one of the bridges concrete supports, the industrial setting is going to be the perfect backdrop for an exceptional day of music.

The event called ‘smalltown Bridge Rave’ will have a Funktion One sound system and state-of-the-art visuals to accompany the DJ performances.

Late Nite Tuff Guy is one of Australia’s leading disco and funk DJs whose groovy style and feel-good vibes never fails to deliver what the dance floor needs.

Dr Packer currently based in Perth, Australia is another exciting talent whose disco style will be the perfect accompaniment for Late Nite Tuff Guy, as the two share a similar style that covers everything from hip hop to house music.

Made in Paris is another one of Australia’s homegrown talents and her style of melodic techno will be perfect as the party progresses into the night time hours. Having toured the world as a DJ, she has also released tracks and remixes on labels ranging from Stil Vor Talent to Anjunadeep.

Papa Smurf is a local favourite and someone who knows how to work a crowd so this stacked line-up is something that will no doubt have people travelling from all across Australia.

A limited number of pre-sale tickets are available from July 14 with general sales starting on July 15.

You can register for tickets and find out more HERE 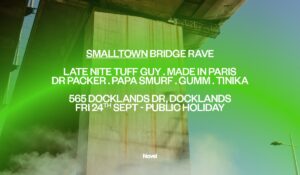 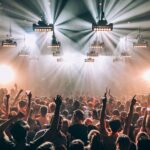