Released two decades ago to a fanfare of hype, particularly from the now iconic
Spike Jonze-directed music video starring Christopher Walken flying around the
lobby of the Grand Hotel in downtown LA, ‘Weapon of Choice’ featured the vocals of
famed Funk singer Bootsy Collins. The track peaked at number 10 in the UK pop
charts and became one of the highlights of Fatboy Slim’s third studio album, ‘Halfway between the Gutter and the Stars’.

More recently, Fatboy Slim has spent his lockdown time doing what he does best:
making us smile. His weekly mixes provide a moment of real escapism among the
endless grey of pandemic stasis which he describes in typically humble self-depreciation
as “half for everybody else’s entertainment and half for my own sanity”.

Live artist KiNK began his sonic journey back in 1991. Hearing techno for the first
time on the radio, he dedicated his life to dance music and has now reached the
heady heights of the scene with releases on a wide spectrum of labels including
Defected, Bedrock, Running Back and Permanent Vacation. No stranger to the big
artist remix, he’s taken on the Chemical Brothers, Banco De Gaia, and Sven Vath to
name a few.

Remixing Fatboy Slim, however, is a wildly different experience, and KiNK has
completely rewritten huge swathes of the original for a totally new dancefloor
adventure. Retaining a tribal feel, the gargantuan bass quickly envelops you in a
wave of tensive energy as a Bootsy’s spoken vocals draw you in. For those less
inclined with vocals a handy dub version focuses on that soundscape bassline and
groovy percussions for a purer dancefloor vibe. Finally, a half speed version (KiNK’s
aptly named ‘Slow Mix’) full of rave energy and wobbly jungle bass manipulation
completes the package. As Fatboy Slim says himself “Only Kink could inject such
soul and warmth into this tune after so many years…” 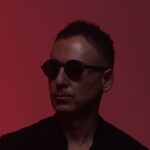 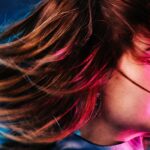