Since storming into the scene in the early 2000s after being recognised by Lee Burridge and Sasha, James Zabiela has been destroying audiences globally with his unrivalled technical ability and sonic palette.

For my generation, James Zabiela was the poster child of what it meant to be a DJ. It wasn’t all about warehouse raves of the 90s and mixing strictly vinyl. Zabiela championed new technology and launched us into the 21st Century. In fact, he was the first DJ I ever went and saw back in 2004, and to this day the memories hold a dear place in my heart.

Has Zabiela always got it right with his mix CDs? If I’m being honest, not really. Have there been moments? Absolutely; but I’d never felt he’d been able to really explore both his musical spectrum, while also being able to capture that electric raw energy from his live DJ performances.

Zabiela’s CD is broken into two acts. Act 1 is more of his downtempo / experimental side while ACT 2 is James in club mode.

Starts off with some really nice deep downtempo vibes, but the first real moment for me is ‘Grandbrothers – Bloodflow’. The subtle break beat from the previous track sits in the background while this beautifully rich sounding piano loops over and over building and evolving into this quite intense crescendo. From there ‘Sad City – Steady Jam’ takes us into a scat-like jazz interlude that just oozes ‘cool’. And that is the overall feeling throughout this entire CD. It’s just so cool. From this moment on there is so much attitude and grit and beauty throughout I feel like I could write about every song. For the sake of brevity, I won’t, but suffice to say there is nothing boring or bland or generic about any of it.

The one thing I like about what Zabiela has done is – this isn’t a ‘chill CD’. Some DJs fall in the trap of presenting a disc like this that is solely ambient or chill or relaxing. By the end of Act 1 the tempo is pretty quick and the energy is right up. The only other song I’ll mention is the inclusion of a new production from Zabiela called Vines. It is stunningly beautiful and crisp and a great way to round out the disc.

I cannot overstate how incredible Act 1 is, it absolutely blew me away.

The second club style mix is the part Zabiela has always had a problem with. How do you translate that high energy and emotion from his live performance into a mix? The answer is with a whole heap of meticulous planning, layering and trial and error it seems!

This mix CD apparently took him a year to make. He would lock himself away and just throw tracks at each other until he heard something that was interesting and unique. He talks about how he wanted to create moments between tracks, where they spoke to one another and lifted them beyond the sum of their parts. You can really hear this level of detail in Act 2.

Act 2 is an aural degustation of sorts.

Each track (and in some cases, up to 4 tracks at once) offers an unique in flavour, texture and purpose. Kink’s remix of ‘Radio Slave – Children of the E’ is straight outta rave town with its distorted percussion with epic rave stabs which is then juxtaposed brilliantly with the simplicity of James Zabiela’s – ‘Xray’. Here, stripped back hats, snares and a kick drum are complimented with the drip of a 303 acid lick. We’re then introduced to some filthy electro ‘Lawrence – Simmer (Lake People Remix)’ before launching into some pretty hedonistic and spaced out techno.

The whole middle section of Act 2 is delectable. Each track is brimming with energy and drama. The absolute highlight is the combination of “Fabrizio Lapiana/SHDW & Obscure Shape – Far Away/Augen der Nacht (Ryan James Ford Version)”. It’s the kind of techno I absolutely love. Driving and fast, but with heart. And towards the end of the we’re treated to some more breakbeats and warm synths to wind us down, leaving the listener entirely satisfied.

All the effort and hard work Zabiela has put in to this over the last year has paid off. He’s created something unique, refreshing, entirely him and on the whole, really fucking cool. This is the Balance that so many of us have been waiting for, and I’m telling you, it was worth the wait. Congratulations James, you’ve done it mate! 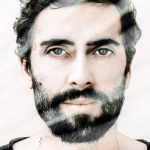 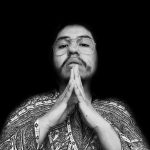