2:30am is currently the closing time for clubs in Ireland.

Helen McEntee who is the justice minister of Ireland has announced plans to update the country’s licensing laws, so closing time is extended past the current time of 2:30am.

The news comes as part of a Justice Plan that has around 200 measures included in it. Although the exact plans are still to be finalised, it’s expected to include extended closing times for pubs and clubs. It appears a new annual permit will become available for venues that successfully apply to stay open past 2:30 AM.

Helen McEntee told Newstalk. “What I want to say very clearly to that industry is that when you get back on your feet, we are going to be there to support you.” She added: “We have fantastic musicians, artists, DJs, promoters and people working in this industry who are going to need more supports when COVID-19 finishes and that is what this legislation is about.”

The news has been warmly received by Ireland’s nightlife community, which has for years been operating under stricter opening times than most of the UK and Europe, and this has put limitations on many event organisers.

If a new annual permit is implemented, then it will replace the current system of applying for a costly Special Exemption Order. Currently, those are priced at €410 per event, which is a lot of money for many small or medium-sized events with limited profits.

Sunil Sharpe is a Dublin based techno DJ who told Resident Advisor: “Changes to our licensing laws and closing times are many years coming”, and continued to say “While a lot of people seem to think that COVID-19 is the reason for these changes, I wouldn’t exactly agree with that. We got a commitment from all of the main political parties during the last general election campaign, and then an inclusion in the programme for government. It was always going in this direction.”

The extended licensing laws mark a positive change for the Irish clubbing scene, and extended event times will hopefully mean more opportunities to play at Irish events, in addition to also bringing more revenue to the clubs and venues that have more time to make money from drinks sales. 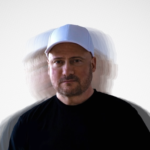 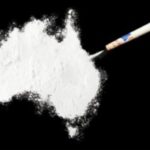