In what seems like a rather irresponsible move, Instagram has removed a drug safety and harm reduction page PR from their platform.

PR is a page also known as PillReport but it has no official affiliation with pillreports.net, which is another source of educational information about the dangers of illegal drug use.

The page run by PR has more than 110,000 followers and is one of the most popular drugs safety pages on Instagram, which is a social media platform used by people of all ages, but particularly those aged 30 and below.

Many look to PR and other online sources as a place to get information that help them make informed decisions about drug use, and the site in no way promotes the use of taking illegal substances. It’s only there to minimise health risks and prevent deaths from substance abuse or misuse.

It also sells testing kits so users can check their drugs for potentially dangerous impurities, and inform people of the warning signs so they don’t overheat or overdose when taking substances like MDMA.

They also raise awareness of unsafe venues or party promoters who could be putting clubbers at risk due to things like unsafe locations, lack of adequate sanitation or no free drinking water. This also includes sharing news or ecstasy tablets or other drugs that have been reported to cause death or hospitalisation so people can avoid those same consequences.

PR’s page was first removed from Instagram on the 3rd of August, then it was reinstated before being pulled down for a second time, and at the time of writing it is still unavailable.

It’s currently unclear why the page has been removed by Instagram, but speaking with Mixmag, PR founder James Morsh said: “PR was started with the aim of providing relatable, knowledgeable advice on safer drug use and partying. We also highlight problems within the UK raving scene and any wider drugs trends. Ultimately we wanted to help influence and change drug culture – to something more informed and less damaging to individuals and society. While drugs remain unregulated, it is down to people like Pill Report (and other harm reduction groups like The Loop, Dance Safe, Sesh Safety, Drugs & Me) to disseminate the information to users that can help transform and/or save lives.

“At the time of closure we had 110k followers with hundreds of people buying our instant drugs test kits. As far as we’re aware, we are the biggest harm reduction organisation on the internet. Our wall posts generally highlight an issue around party drugs use, interrogate the science around it, and then suggest some advice. We never encouraged people to take drugs but also are realistic about our audience and the fact many millions of people use drugs every week. Previous posts included “Ketamine Bladder” and “Addiction vs Habit”. Scheduled for this week was an insight into cocaethylene and an advice piece about overheating while taking MDMA.”

Continuing to speak with Mixmag, James Morsh said: “Instagram gave us no reason for being shut down, other than a message saying we had violated their terms.They have not yet replied to our enquiries for further information. We recognise that they have certain policy guidelines but are bemused as to why they’ve targeted us. We don’t encourage people to use drugs and are not involved in the sale of drugs.

“We were cancelled on the day that England and Wales announced record drugs deaths and we think the timing of the shut down is a particularly terrible and a painfully ironic representation of everything that is wrong with current drug legislation. Drug regulation doesn’t work and the war on drugs doesn’t work. Until those in power recognise this, organisations like PR help keep people safe.”

For those looking to get information on safe drug use, PR has set up a backup page which can be followed at @pr.information. 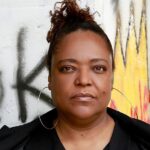 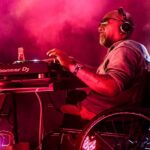