Ibiza’s lawmakers have decided to enlist foreign help to crack down on illegal parties taking place on the island.

The decision comes after Ibiza has recently experienced a steep rise in COVID-19 cases that local officials are blaming on illegal gatherings. Currently the island has a worryingly high, weekly infection rate of 1,814 per 100,000 people.

Spanish officials have made a decision to bring in “detectives” aged 30-40 from other countries, because the local police are known on the island, and are unable to infiltrate an event without being spotted.

Currently, local rules linked to the pandemic mean nightclubs remain closed, unless they have outdoor areas, but in those locations the attendees are required to remain seated at all times. People from different households can’t mix or gather between the hours of 1 AM and 6 AM, and fines for those caught breaking the rules can be up to €600,000.

Mariano Juan is an Ibiza official, and speaking with the Diario de Ibiza newspaper, he said: “[Illegal parties are] not only an issue related to public order, which they have always been, but now they pose an obvious risk to people’s health… Police themselves say it’s difficult for them to infiltrate, as they are known to locals. So we have to look outside for help.”

Apparently, regulators are now in talks with an outside company that is putting together a study on how best to stop illegal events, and on this topic, Mariano Juan added: “It is not easy as the profile we’re looking for are foreigners between 30 and 40 years old, but we have been working on it for two weeks.”

Vincent Torres is a member of Spain’s Socialist party, and he explained that not everyone in the country agrees with the use of undercover foreign detectives. He feels that Ibiza’s police and lawmakers should come up with “serious proposals that have legal backing” instead of “acting irresponsibly by launching ideas that we cannot agree to”.

Travel to Ibiza is still restricted from many countries who have rules that tourists must quarantine upon their return home. 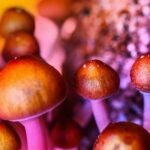 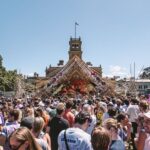