Currently, the exact date is unconfirmed, but it’s expected to happen at either the end of June or the beginning of July.

According to Tourinnews, the trial party will be an outdoor event that’s been approved by the Balearic government and the Ibiza Leisure Association, and will be held at a location on the island that is currently undisclosed.

It’s announced that the venue they choose will run at 50% its usually maximum capacity, and attendees can only enter if they present a negative test taken 72 hours beforehand, show proof of vaccination, or have previously had a COVID-19 infection meaning they have natural antibodies.

The announcement comes after talks between the Balearic nightlife association, ABONE, and the local Ibiza government who are discussing the reopening of nightlife. Miguel Pérez-Marsá is president of ABONE, and he said that the talks are “very positive” and he feels confident about soon seeing the return of nightlife on the Spanish island.

Ibiza Leisure Association’s manager, José Luis Benítez told Tourinnews: “Much progress is being made in vaccinations. We are going to de-escalate little by little and, when we see that things are working and that the work that has been done with the pilot test and the outdoor venues give results, we will re-start nightlife.”

“Nightlife will return to Ibiza,” then he continued: “We’ll have it very soon, but it will be different.”

If the 2,000 person test event is successful, then it could set the precedent for clubs, raves and other events leading to an overall return to Ibiza’s nightlife industry. The Spanish government currently has the final decision on the trial, and how its results will impact the island as a whole. 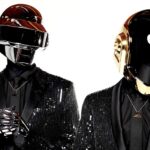 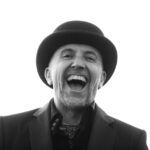