HOVR has released music on labels such as Kindisch and Dantze.

Based in Berlin, he is well-known as a popular DJ booking within the city’s thriving club scene. Known for his eclectic blend of styles and creative mixing techniques, he has showcased his versatility with this epic 3.33 hours DJ set. He also took the time to answer a few quick questions…

Thanks for recording us a podcast, what part of the world are you currently living in, and where did you record the mix?

I’m currently based in Berlin, which is a city I’ve lived in for 8 years. I recorded the set at a friend’s house, as I stayed there for a bit during lockdown.

I spent a whole day working on the creation of this mix as every single track was carefully selected. I think the combination of Kendrick Lamar’s “PRIDE” and “The Day I Met You” by Solomun is my personal highlight. I enjoy finding double/half time gems and using them to transcend genres playfully, which is something I do a lot during my live gigs. I wanted to express my musical personality in this mix, so it was really important for me to do that. I pitched down PRIDE, then slowly faded it into an electronic track that was twice its tempo. I also played some of my own stuff, including “Afterlove” which was recently released as part of my Gravitate EP on Kindisch.

Talking of your own music, I hear that you have a new release with Guzy, and I’d love to hear more about that?

Yeah! Don’t tell anyone, as it’s a secret lol. On April 1st, I’ll be releasing an EP together with my friend Guzy, which features my vocals. You can actually hear one of the remixes in the later part of my Flow Session. Even though I’m way less of a singer and more an instrumentalist, I love using my own voice in electronic music production. In my opinion, nothing can ever sound as personal and intimate as your voice, as no acoustic signal can be more touching. With “Skin on Skin” I wanted to combine the intimacy of singing with the subject of mutual approach, and have vocals that explore the thrill of not knowing where one first consensual touch might lead. Fans and friends might already have heard the original during some of my DJ sets, and I’m happy it’s finally going to be released!

Could you tell us more about Guzy’s background in music and how you guys first connected?

I have known Guzy for quite a while through his work with Jonas Saalbach, and managing one of Berlin’s finest contemporary labels called Radikon, which is an imprint I highly respect. I’d say we truly connected during one night at KitKat Club in 2018, when he put on that Run-DMC Vinyl, but that story is for another time 🙂

Do you have a favourite nightclub or festival that you always look forward to playing at?

Sisyphos in Berlin is probably the place I most look forward to playing at. I am fortunate enough to be booked there regularly, and can easily say that the vibe of the place has very much influenced my musical self. The light-heartedness, the quality sound, how the time of day is simply irrelevant there, and how it’s impossible to truly describe it in words, as it’s more than just fun party nights. It’s a culture of going out, and one that I try to spread all around the world! I am already highly excited for my return to Sisyphos 🙂

I’m told that you will soon be doing a tour of Europe and Germany, where are some of the places you are booked to play?

Yeah! I have quite a few gigs lined up for this summer. I cannot announce everything just yet, but I will be back in Albania, and also have a debut in Georgia. I’m also touring around different parts of Germany. I always try to keep an up-to-date list of my confirmed dates in the text part of my SoundCloud page, so that’s the best place to look if anyone is planning to see me live.

That’s a super tough question! There is just so many, and my taste changes all the time. One of my biggest idols and influences is Honey Dijon. She has an eclectic DJ style including house, techno, soul, disco, jazz… she always embodies this enormous groove and flow in her sets, to build a contagious energy that has no equal. She is one of the reasons why I developed the courage to mix genres in DJ sets that many others would not blend, and to play what my heart wants to play without catering to the norm.

Thanks for taking the time to talk, do you have a message for your fans or anything else you want to add?

Thanks so much for letting me contribute to your series. Hope to be back in Australia one day and meet the Flow crew in person… on a dance floor, of course! 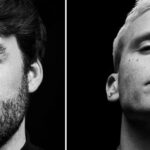 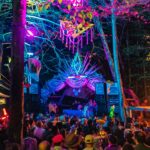