Head Of Clouds is a new label from the Spanish artist with the same name.

The imprint has so far been an exclusive outlet for the music of its owner, which has been some of the more mesmerising ambient house we have heard in a long time. So, we were excited when we heard the 3rd release on the label, and it certainly didn’t disappoint, as it was another spellbinding track full of emotion.

Each of the Head Of Clouds releases have so far been solo tracks, and the new release titled “Don’t Embrace Me Yet” follows that same trend.

Its suspense-building intro combines the sound of an electric bass guitar with breezy synths and a top layer that combines a softly played acoustic guitar and delicate piano chords. Leading to the introduction of a breakbeat percussion loop full of off-beat drum hits, it creates upbeat energy despite being relatively slow in tempo. Ambient vocal textures add a mysterious atmosphere to the cinematic soundscape of melodies, and the tranquillity of the main breakdowns are also sublime.

The track reintroduces the percussion as it steps up a gear for an epic finish that can’t help but lift your mood and put a smile on your face, as it really does enrapture you with its joyful energy and poignant emotion.

It could certainly be used in a DJ set if someone was daring enough to use it to create a euphoric moment on the dance floor, but it’s clearly been made and produced with home listening also in mind. 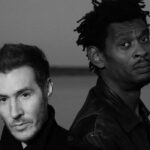 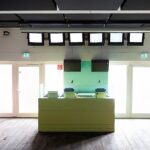