Daft Punk today announced that they are breaking up after 28 years of being a duo.

Earlier today, there was a video released on their official YouTube page which caused speculation from fans that this was them announcing a breakup.

The stylised video shows the guys walking through a desert wearing their full robot attire, while a tumbleweed style wind blows in the background to create an ominous atmosphere.

They then share a brief moment of understanding as they silently face each other and one of them then walks away only to explode in cinematic style.

At first, the video only sparked rumours, but later in the day a statement was given to Pitchfork from the band’s publicist confirming the video is to announce a split.

28 years is a long time to spend in any profession, so perhaps this video is a retirement announcement rather than the guys falling out, as them taking the time to do such a choreographed video certainly seems like whatever has happened is mutual and under good terms.

It’s worth noting though that only one of the members explodes in the video, so perhaps there is a chance that Daft Punk will continue as a solo project, although at this stage this is nothing more than us speculating.

This is a meaningful moment for electronic music fans, as their top-selling tracks and albums have been the soundtrack to multiple generations, and there may well never be another act to truly rival Daft Punk’s global popularity. 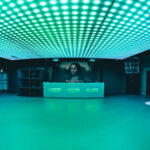 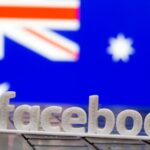